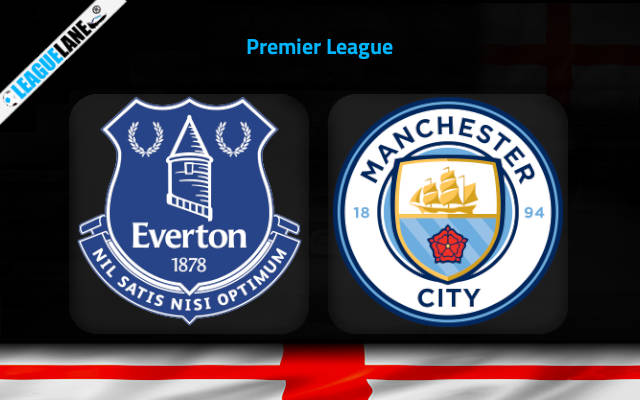 The Citizens got a slight reality check the last match-day – and that too at their own home. Despite being on a long unbeaten run, the defending champions were beaten by the Spurs, and this has led to the title race being open again.

Pep Guardiola’s men are still at the top of the table – but the in-form and determined Liverpool are coming after them, and the gap between the two is just six points.

Suffice it to say that the Citizens need to get back on to their winning track very soon.

Meanwhile, Everton are one of the absolute worst teams in the EPL this season. They are placed 16th in a table of 20, and they have been losing almost all of their fixtures.

They are also conceding in plenty, and most importantly, they have an inferior h2h record against this foe over the years.

Considering these observations, expect a win for toppers and title-holders Manchester City.

Everton lost 2-0 on the road the last match-day, against Southampton. They had lost four of their past six games, and they were also winless in 16 of their past 19 overall fixtures.

Going on, five of their past six appearances had three or more goals, and since September, they have managed to post just two league wins at this stadium.

On the other hand, Manchester City did lose 2-3 at home the past game week, against Tottenham. However, they were on a four-game winning streak before that, and they had also won 19 of their 21 matches before their loss against Spurs.

Moreover, they have an impressive h2h record against the Toffees as well.

Taking into account all these facts, expect a win for Manchester City.

Tips for Everton vs Manchester City