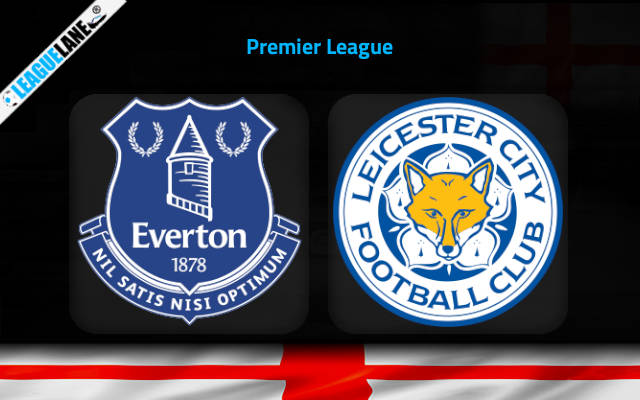 Everton will be looking for a repeat of the Premier League 3-0 success over Crystal Palace in the previous home outing.

Before that, they had a very tight schedule. It was the match against Manchester United that ended their winning streak. They suffered a defeat against Tottenham further then.

They have climbed to 12th place in the table with four points from their last two games. Needless to say, their form has been inconsistent with more draws and defeats than win.

But there is a game scheduled for coming Saturday in the Premier League where they can get the much-needed win. Their opponents are Leicester who are in the danger zone in the table. Expectations will naturally be high for hosting Everton prior to this game.

Since being beaten in their last game against Manchester City in Premier League, Leicester and their traveling fans will hope for a better result here.

Going on, Leicester were on an unbeaten streak of three games before succumbing to that defeat against in-form Manchester City.

Improvements were seen in those three games which was enough for them to climb into a non-relegation spot. However, the teams they faced were not from the top half of the table.

On top of that, Everton has the superiority in the recent head to head tradition against Leicester. Therefore, expect a pleasant day for the local supporters on Saturday.

Leicester have lost five of their six away matches this season. They conceded 19 goals in those five games. The only positive they have is that their offense scored goals in all their away fixtures in this season.

But Everton, who kept a clean sheet even against Liverpool and did not concede a single goal in three of the last four home games, does not seem to concede goals here.