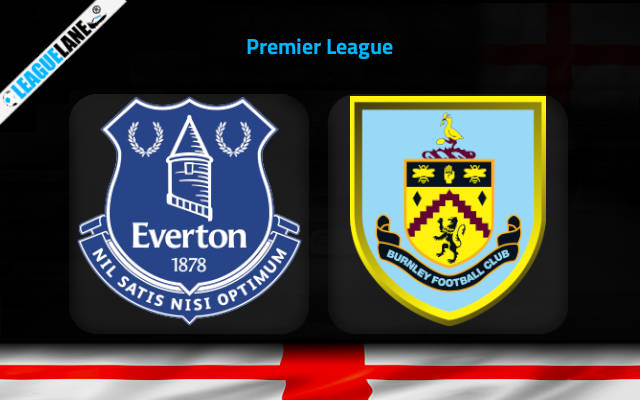 Everton are one of the best teams in the PL, and have started their new campaign on a great note. Meanwhile, Burnley have been on a dismal run so far in 2021-22, and they also have a poor h2h record against this rival over the years.

Surely expect Everton to have the upper hand this Monday at the Goodison Park.

They had narrowly missed out on a European spot the last season. At the end of the campaign, they were trailing by just three points below the cut-off.

They are determined to not let that happen this time around, and have raced to a great start. They have a 100% winning record in the current edition of the PL barring a draw, and also only two other squads have scored more goals than them so far.

In the meantime, Burnley were the last safe team in the top flight the previous campaign, and they remained winless in 28 of their total 38 fixtures. And coming to 2021-22, they have a 100% losing record barring a draw. They also have scored a total of just two goals till now.

By the looks of things, expect a win for Everton at their home.

Everton had won 0-2 on the road the last match-day, against Brighton. In the meantime, Burnley were held to a 1-1 draw by Leeds.

Going on, Everton were invincible in 13 of their preceding 17 games, and they had scored two or more goals in their last four straight fixtures. They are also on a four-game winning run at home, and had kept clean sheets in two of them.

On the other hand, their counterparts are on a five-match winless run, and three of these were losses. Note that they had also conceded two or more goals in these three fixtures.

On top of that Burnley have also struggled against this foe over the years – particularly at this stadium.

Taking into account these observations, expect a win for Everton this Monday.