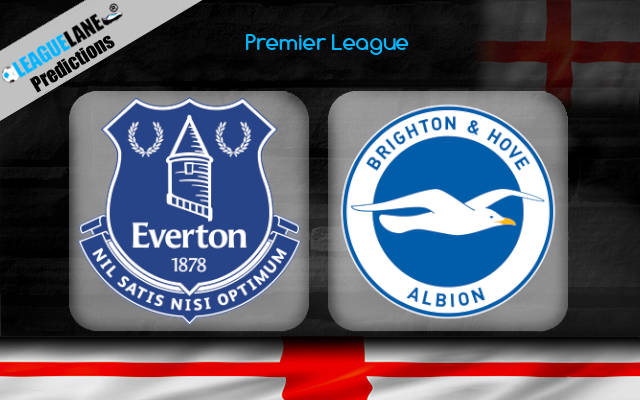 Carlo Ancelotti is dead-set on proving his critics wrong, that his time had come to an end. A few months prior, when the gaffer was asked to lead the Toffees, it was considered to be a downgrade for the man who had coached some of the best teams in the world like Real Madrid, Bayern Munich etc.

However, the manager is now slowly winning his doubters back. Under his tutelage the Toffees have raced to the top of the table with a perfect winning record, and only Liverpool and Leciester have scored more goals than them.

They now surely will try to keep the momentum going – considering that one on the main challengers for the title, Manchester City, are showing signs of struggles.

Moreover, since it’s the Seagulls on the other side of the pitch this weekend, the Toffees are expected to have an upper hand.

Not only do Graham Potter’s men have a terrible h2h record against this opponent, but they are also at best a mid-table team in the PL. In fact, they had finished just 15th in the table the last season, just seven points above the relegation cut-off.

For the reasons, expect an Everton win this Saturday.

The Toffees had recorded a 1-2 win on the road the last match-day, against Crystal Palace. In the meantime, the Seagulls lost 2-3 at home against Manchester United.

Going on, the Merseyside club have won every single match so far this season, in all competitions. To quote some stats, they are on a seven-game winning run, and had also scored a total of 20 goals from their past six matches alone.

Moreover, they had also scored three or more goals in every single home appearance in 2020-21. On top of that, they also do have a perfect winning record in h2h clashes over the last two decades at home.

On the other hand, their counterparts were winless in 27 of their preceding 35 overall games, and remained so in 15 of their previous 20 road trips.

Considering the sheer form and determination of Everton, expect a win for them this week at the Goodison Park.