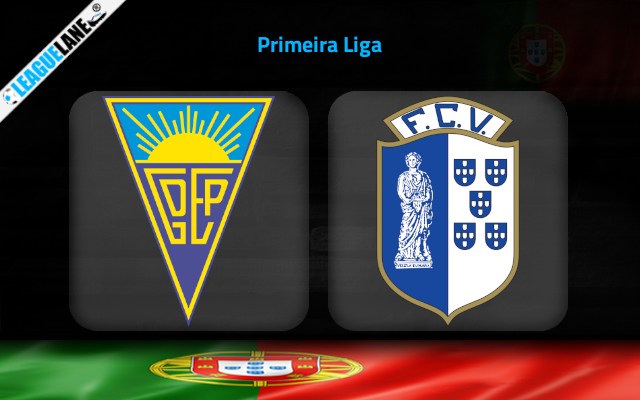 Estoril have collected four points from the past three league fixtures to add up to a total of 34 points on the table for occupying the 7th spot. They are currently 12 points away from the safe zone and its a hard run for them to find a spot inside the promotion. They possess an average offensive and defensive lineup.

Estoril recorded a 2-1 defeat against Benefica on road in their most recent league fixture. It was the third defeat for them in the past five league fixtures. However, they will be skipping the losing part and will be concentrating on the positive part of them when they face Vizela in their coming Liga Portugal fixture at Estadio Antonio Coimbra da Mota on Saturday.

Meanwhile, Vizela are not pulling up any trees in the league of late. Their current inconsistent form pushed them down to the 14th position, just a spot and four points clear from the danger zone. They have a disappointing offensive and a defensive side in particular.

Vizela were last seen playing a 1-1 draw against Famalicao at home in their most recent league fixture. With that draw, they are now on the back of six subsequent winless league fixtures.

Estoril have recorded a 2-0 victory over Portimonense in their most recent league fixture at this venue. It was the third unbeaten recording by Estoril in the past 4 home affairs.

On the other side, Vizela lost two of their past three and are winless in each of the past league fixtures on road. They have leaked two or more goals in five of the past six league affairs on travels.

On top of that, Estoril possess a strong h2h form against Vizela at this venue. Knowing that, we expect them to seal a win against Vizela on Saturday evening.