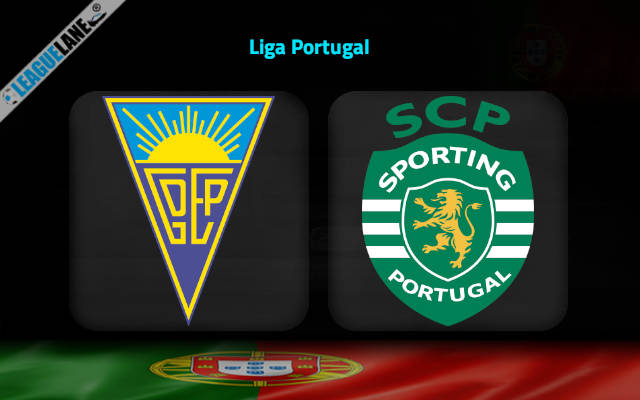 Sporting CP could have hardly imagined a worse start to the new Primeira Liga campaign. They have won only one of the opening our games of the season and are already significantly trailing behind the likes of Benfica, Porto, and Sporting Braga at the top of the standings.

Ruben Amorim’s troops have conceded five unanswered goals in the back-to-back defeats to Porto and Chaves in the last two rounds.

They may not have deserved a 0-2 home loss to Chaves on Saturday, but the lack of efficiency in the final third (despite numerous chances created) might haunt Amorim.

To make things worse, Sporting CP are now set to travel to Estadio Antonio Coimbra da Mota where they will be seriously tested by Estoril on Friday evening.

The hosts will come into the match in much higher spirits following an impressive 0-3 victory away at nine-man Pacos de Ferreira last weekend.

Brazilian forward Joao Carlos starred with a brace on the occasion. He is now the team’s top scorer and he will be the main threat to Sporting CP’s leaky defensive line on Friday.

Estoril certainly have other attacking weapons to strike with as well. They have bagged two goals in each of the opening two home fixtures of the season against Famalicao and Rio Ave. Can they stun the Lisbon heavyweights here?

Sporting CP are vulnerable at the moment. They have lost two in a row and they are about to face Estoril who are flying high after a demolishing victory at Pacos Ferreira last weekend.

We will take the 2.50 odds offered for the hosts not to lose on Friday, while you can also try with the Both Teams To Score option at the 1.90 odds.