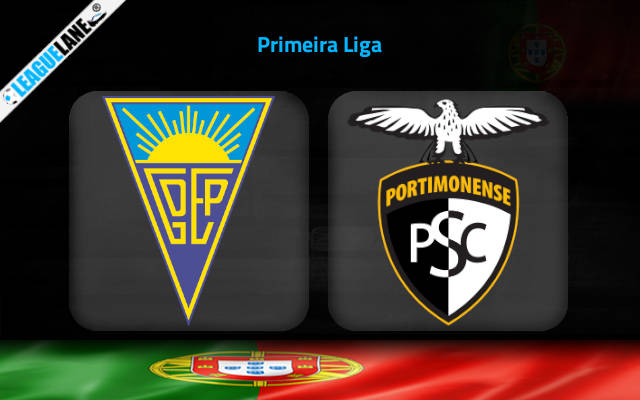 Thanks to the excellent start Estoril had to the season, the club has managed to stay in the top half of the table despite being mediocre at best ever since. However, considering this is their first season in the top flight after a three year hiatus, the fans cannot be too disappointed.

They were last seen being able to hold on Gil Vicente to a goalless game away from home. The result was the club’s second draw in five league games.

Further, managing a win from those games, the club is now 8th in the league, two points behind the 6th place team.

Portimonense had a terrible start to this year, their performances nevertheless have improved in recent weeks as they have managed to get themselves a handful of draws.

Their most recent fixture came at home against Benfica, in which they could not get any point for themselves as they lost 1-2 in a rather close game.

The result took their winless streak up to eleven fixtures. With four points from their last five league matches, the club is now 9th in the league, two points behind their opponents for Saturday.

Furthermore, with four of the six draws at this venue witnessing goals and all of the away clubs’ away draws also witnessing a similar trend, expect both teams to score and share the spoils of the game.