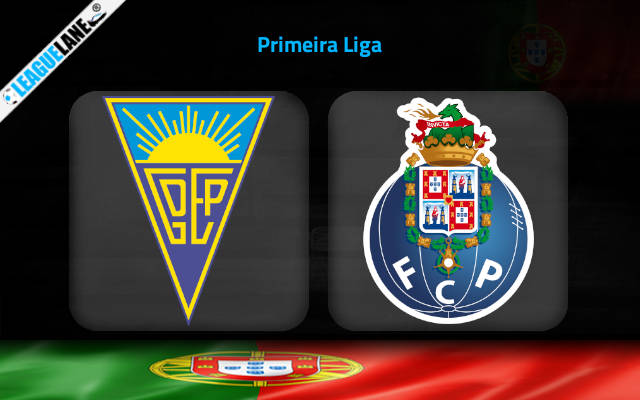 FC porto will be the visitors at Estadio Antonio Coimbra da Mota on Saturday for the Liga Portugal game with home side Estoril.

The reigning champions might be determined to retain the title this time around as well. After winning the opening day’s fixture to Maritimo, FC Porto recorded three wins and a defeat to bag a total of 12 points and have climbed to the sky-high second position in the league standings.

On the other hand, Estoril finished 9th in the standings last season. They were having an average form that season and seems to have picked up things where they left off in the previous season.

The Canaries secured a win in the opening fixture but failed to maintain it further. They are currently at the 8th spot with a total of 10 points after completing 6 Liga Portugal fixtures in this season.

FC Porto were unbeaten in 7 of the previous 10 road trips and had gone on 2 separate 3-game and 2-game winning streaks.

It also deserves special mention that except Braga, no other outfits have scored more goals than them in the competition.

On the other hand, Estoril is on a 2-fixture winless streak in front of their home crowd and had allowed a total of 4 goals in the process.

Taking into account these observations, as well as the domination FC Porto have shown in h2h games, expect a victory for them this weekend.