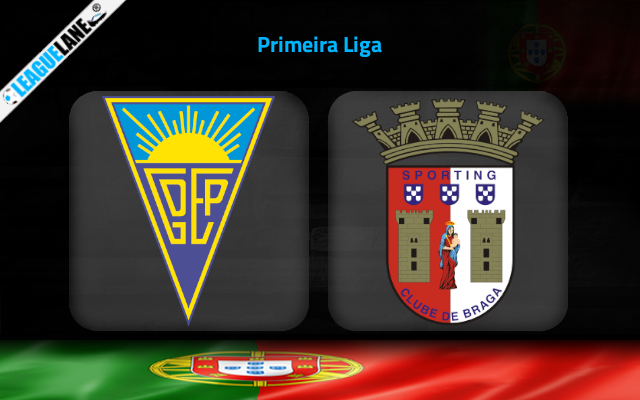 Estoril finished 9th in the standings last season. They were having an average form that season and seems to have picked up things where they left off in the previous season.

The Canaries secured a win in the opening fixture but failed to maintain it further. They are currently at the 7th spot with a total of 15 points after completing 9 Liga Portugal fixtures in this season.

Their offensive and defensive line are also maintaining the same average form. Therefore, there is no presence of Estoril in any of the high-scoring matches of late. However, they are unbeaten in the last four league games.

Meanwhile, Braga had a decent start to this Primeira Liga season and were having a streak of 7 unbeaten games before dropping points against FC Porto.

Braga possess an impressive firepower in the front of late. Affairs involving them have seen at least one touching the back of opposition’s net in the past many.

Going on, a win is absolutely essential for Braga at present. The previous fixture defeat against Chaves pushed them back a bit in the table. So they will be determined to regain the lost momentum.

The two teams have recently clashed with defending champions and the current table toppers FC Porto. While Estoril held a 1-1 draw, Braga lost to them 4-1.

Since then, Braga has lost to Chaves, and the team is currently on a two-game losing streak. At the same time, Estoril is likely to have some spirits when they head back to the home stadium.

Estoril have scored in the second half in three of their last four games, while Braga have tried to score goals in the first half of the past few away matches.