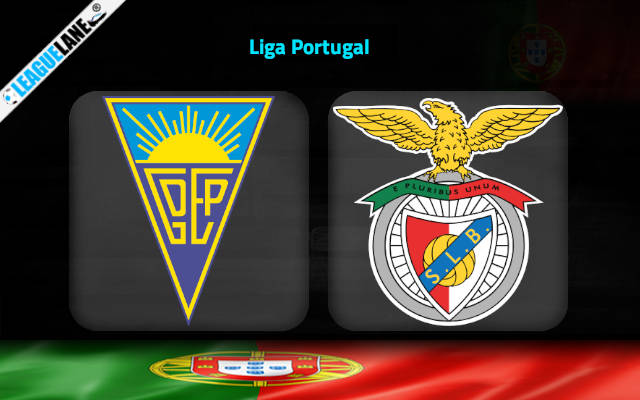 Benfica continued their extraordinary spell of form on Wednesday evening when they demolished Maccabi Haifa 1-6 on the road to claim the top spot in their UEFA Champions League group.

German manager Roger Schmidt has thus done an incredible job, taking Benfica above the likes of PSG and Juventus in the elite continental competition.

Schmidt can be equally satisfied with his men’s form in the domestic league since Benfica are six points clear at the top of the ladder with ten wins and a draw in the opening eleven rounds of the season.

Benfica own the best offensive record in the league with 29 goals scored as well as by far the best defensive record with just five goals allowed so far in the campaign.

None of these five goals came on the road as Schmidt’s troops have a goal difference of 6-0 in five away outings in this term of Primeira Liga.

Benfica will have a nice chance to continue their magnificent spell of form on Sunday evening when they travel to Estadio Coimbra da Mota to face mid-table Estoril.

Estoril will not go into this in the highest of spirits having shown a mediocre performance in a 1-1 stalemate away at Portimonense last weekend.

The fact that Nelson Verissimo’s men allowed 23 attempts in the clash against the likes of Portimonense says enough. They are now up against the deadliest attack in the league and we are not quite confident regarding their chances of a clean sheet on Sunday.

Estoril took just one point in the last two league games against Braga and Portimonense, scoring just once in the process. Benfica head into this on the back of four successive wins across competitions, including successes against the likes of Porto and Juventus.

We will back the red-hot Benfica to win by at least two goals difference at the 1.91 odds, while you can also try with the 0-3 correct score at the odds of 8.50.