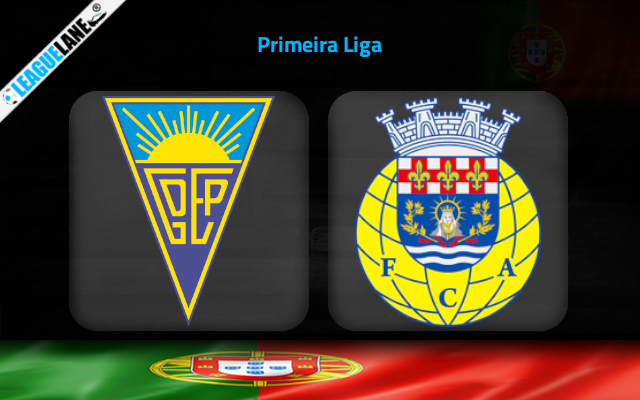 Estoril are on the edge of the promotion zone. They are one point shy to the fifth placed Gil Vicente. They will be hoping to return to winning ways after three successive winless affairs.

Their back-to-back defeats against FC Porto and Morierense dropped them to sixth position in the league table.

They hosts Arouca in Matchday No 18 of Primeira Liga on Saturday Evening at Estadio Antonio Coimbra da Mota.

The visitors are not pulling up any trees of late and they fell to third from the bottom in the league standings. They are winless for five successive games.

Neither Estoril nor Arouca will enter this match in highest spirits as they both follows a defeat.

Estoril haven’t won a game at home since August 2021. Their last win at home was against Maritimo in the beginning of the league. After sharing spoils in four straight games , they lost to Porto for 2-3 FT score.

They have leaked goals in 7 games out of their total 8 games at home and are expected to leak goals for once in this matchup too. In defense, they have some weaknesses to point out.

But their weaknesses will count little when they come across on of the worst side of this Primeira Liga season, Arouca. They have a disastrous form on road. They are yet to win a game on travels.

Despite scoring against in each of the last four away league affairs, their defense breached on many occasions which rejected them to register a win on road.

This is why we see this match as an ideal opportunity for Estoril to snap a three-game winless thread and return to winning ways. We expect goals from both sides and estoril to gain the upper hand at the end of 90.