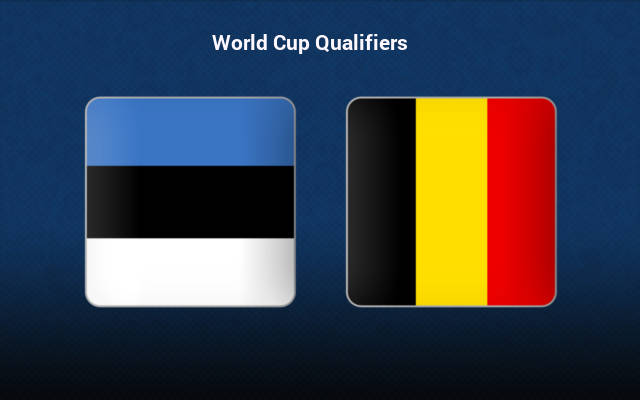 Belgium will be enormous favorites to continue the cruise towards the automatic World Cup Qualification on Thursday against Group E minnows Estonia.

Top of the WC qualifying group E meets the very bottom on Thursday evening at A. Le Coq Arena as Belgium travel to Tallinn to battle Estonia in the fourth round of the competition.

The Belgians will come into the match on the back of scoring eight goals past Wales in the previous qualifier in late-March.

Since then, the Red Devils made it to the 2020 EURO quarterfinal when they fell 1-2 to latter champions Italy.

The Belgians had previous won all four games at the European Championship, cruising their way to the top of the group ahead of Russia, Denmark, and Finland in the process.

Prior to losing 1-2 to Italy, the Red Devils had conceded only one goal in four outings at the European Championship.

Since the loss to Italy is officially their previous match, we can say the Belgians will have a great chance to return to winning ways here against the Estonians.

The team led by Roberto Martinez are generally ruthless towards weaker opponents in qualifying campaigns. After all, they proved it by putting eight past Wales in March.

We can hardly imagine a different scenario but the comprehensive away win here knowing that the Estonians have been dreadful defensively in their two qualifying openers.

Estonia shipped six goals to the Czech Republic and four more to Belarus in their opening two fixtures of this World Cup qualifying campaign. They did look better at the summer’s Baltic Cup where they saw off Lithuania and Latvia.

These wins will, however, count for little when they come face to face with one of the strongest teams in the world. This will be as one-sided affair as you can imagine and anything but a comprehensive clean-sheet victory for the visitors would represent a big surprise.