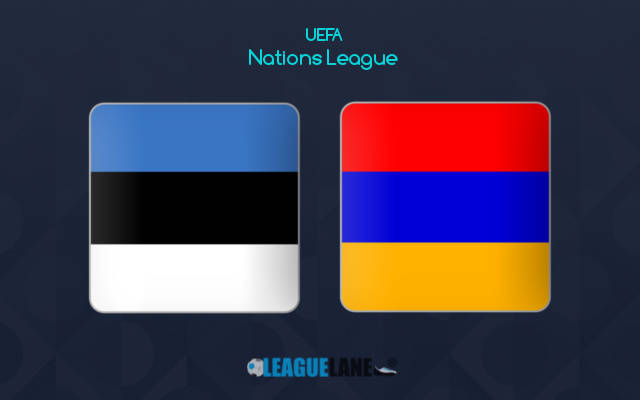 Estonia is the only team in League C Group 2 with no wins in their form after three appearances. They are at the ultimate bottom of the table with just one point from the 3-3 draw at home against North Macedonia in the previous UNL clash.

Facing Armenia will surely be a hard task for the home team, despite their ground advantage. The Collective team has raised their lead over the host to three points with the 2-2 draw at home against Georgia last time out in the schedule.

Estonia is on a winless streak for the past ten fixtures across all major competitions in their schedule. And in the UNL schedule, they have only one point so far which makes them viable to a defeat at Tallinn.

Comparing the host’s dreadful run, the recent two unbeaten games will be a breather for Armenia getting ready to visit A. Le Coq Arena mid-week. This gives a slight edge for the visitor, along with the FIFA ranking between the two sides.

The Collective team is seven points ahead of the home team in the rankings, at the 101st position. So, the draw no bet over Armenia will probably be the best bet for the punters.

Besides, the reverse fixture saw Joaquin Caparros and his men get a 2-0 home win against Estonia. Based on that recent result, the tip for Armenia to win either half seems possible as another clean sheet win can be expected from the upcoming match.