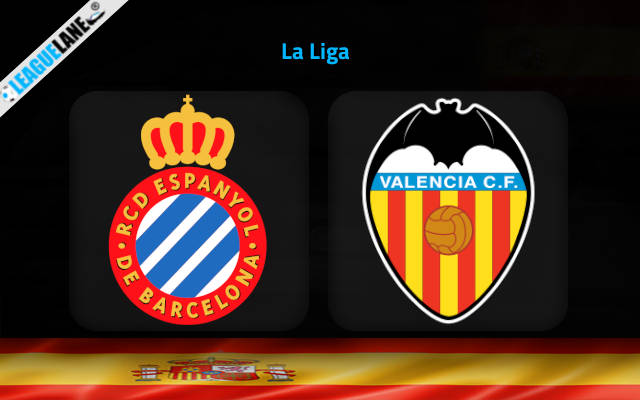 This is the first game to be played in the 37th round of La Liga and one of the only two matches scheduled for Sunday. Espanyol will host Valencia at RCDE Stadium for the second last game of the season.

Valencia is at the 10th spot on the standing with 44 points from 36 games. They won 10 times in the league while drew on 14 and lost on 12 other occasions. It has been a dreadful climax to the season for Los Che, whose 8-game winless run includes losing the Copa del Rey final on penalties to Real Betis and a string of disappointing draws.

The visitors lost their previous league fixture to Real Betis by 0-3, and it was their second loss to the same side within a month. They are more disappointed by the blunt nature of the club’s attacking displays as Valencia scored just 4 league goals across their last 9 fixtures.

On the other hand, Espanyol resides at the 13th position on the table with 40 points. Of the 36 matches played, they won and drew 10 times each while having lost on 16 other occasions. It has been an up and down season for them, but they have remained tough to beat at home for the majority of the campaign.

The hosts will be looking for an improved result here following a 2-1 La Liga loss in their previous game against Alaves. Vicente Moreno’s side have won 3 of their last 5 home games, keeping clean sheets in each victory.

With both teams safely tucked in the middle of the standings, this game will probably feel more like a friendly duel than a competitive match.

Heading into this contest, Espanyol haven’t won at home in the past 2 league games. Indeed, their home matches do not tend to provide many goals, with none of the last 6 containing 3 or more.

Meanwhile, Valencia are without a win away from home in their last 3 league matches. Their attack is seriously under-performing, failing to score in half of their last 10fixtures.

We feel that a draw or win for Valencia is likely to occur this weekend.