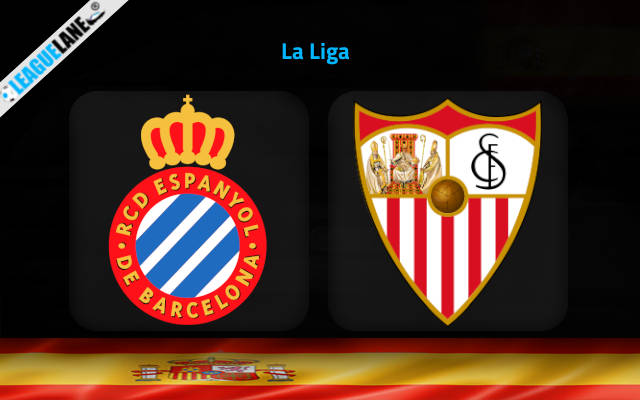 Espanyol managed their first win of the season last Sunday when they stunned Athletic Bilbao 0-1 away at San Mames Barria.

Newcomer Martin Braithwaite made the difference with the only goal of the game seven minutes from time.

It was the maiden victory as Espanyol’s head coach for Diego Martinez who can be satisfied with how his team looked defensively last weekend after a sloppy start to the season in the opening three rounds.

The Catalans will have a nice chance to take advantage of momentum and shock Sevilla on Saturday afternoon when the two outfits meet each other in Matchday No 4.

Sevilla are not pulling up any trees at the beginning of the season. They have only managed to get one point in the inaugural four matches.

Los Rojiblancos suffered a tough 0-3 home loss to Barcelona seven days ago. They have lost both away matches so far in the season, 2-1 to Osasuna and Almeria each.

Julen Lopetegui’s job is thus well on the line with upcoming rumors about Sevilla’s interest in Mauricio Pochettino’s services.

This is a very important match for the visitors and we expect them to be super-motivated to get something from it.

It will, however, be easier said than done based on Sevilla’s recent displays, particularly in defense because the team led by Julen Lopetegui have shipped at least two goals in three of the maiden four outings of the season.

Espanyol have finally shown decent defensive performance under Martinez last weekend against Bilbao at San Mames Barria. We expect them to back it up and take advantage of Sevilla’s poor run of form on Saturday.

You can back Espanyol to win at the 2.75 odds, while the hosts are 3.25 to keep the second consecutive clean sheet in the league.