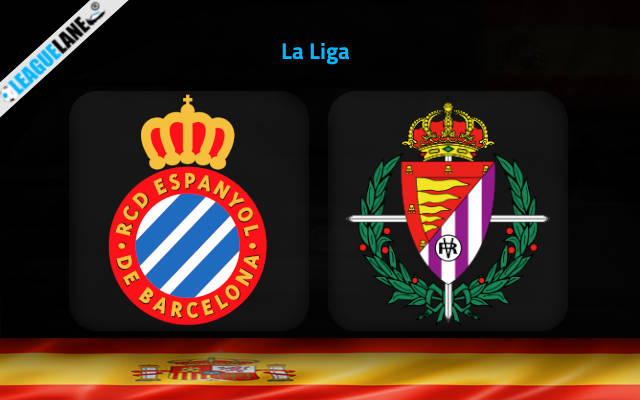 Espanyol will be hoping to bring their four-game winless streak to an end on Sunday afternoon when they play host to Valladolid in the ninth round of La Liga.

Head coach Diego Martinez has huge problems with the lack of meticulousness in his team’s back line since Espanyol allowed at least two goals in each of the previous four rounds.

The negative streak involves the back-to-back 2-2 draws to Valencia and Cadiz in the previous two rounds.

Luckily for Martinez, his men are now up against Valladolid who have not quite been scoring goals for fun this season.

Valladolid failed to break the deadlock in a goalless draw against ten-man Real Betis last weekend despite German Pezzella got sent off ten minutes before half time for Los Beticos on the occasion.

Valladolid failed to score in two of the previous three league outings. They did find three goals past Getafe in the previous away fixture but it was rather an exception to the rule based on their overall performances this season in general.

We will keep a close look at Espanyol’s striker Joselu who has already bagged six goals in eight outings this term.

The Spanish striker notched a brace in the last weekend’s draw at Cadiz and he could find joy past Valladolid’s defense on Sunday as well.

This is an ideal chance for Espanyol to record their maiden home win of the season. We expect Joselu to continue his great spell of form and score anytime past Valladolid’s leaky defense.