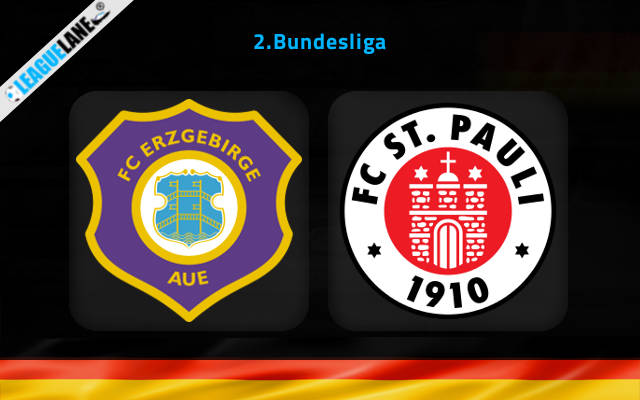 St. Pauli will be looking to back up the inaugural victory and maintain the perfect 2, Bundesliga record after Matchday No 2 and the away clash with Erzgebirge Aue.

The Kiezkicker do not hide they sky-high ambitions in this term of promotion. They have spent a decade in this division and they are capable and ready to move on and reach the lofty heights of the elite class football.

Timo Schulz has a fantastic fix of talent and experience in his ranks. He has a top-notch Bundesliga-caliber forward Guido Burgstaller who will be fed by Daniel Kyereh, one of the most creative players in the competition.

They were both on target in the opening round 3-0 drubbing of Holstein Kiel seven days ago. The 4-3-1-2 formation with Kyereh playing just behind Burgstaller and Simon Makienok could do miracles this season for St. Pauli.

The visitors will travel to Erzgebirgstadion as pretty clear favorites (at least in our eyes) to back up the inaugural win and make it two victories in two league games at the beginning of the new season.

We are not quite confident about the continuation of a “Both Teams To Score” trend here since Erzgebirge Aue are struggling badly for a proper striker at the moment. They lost two of their top scorers from the previous season and their lack of attacking creativity was clearly visible in the opening round’s goalless draw against Nurnberg.

St. Pauli could thus easily keep another clean sheet here. The away win to nil has to be the way to go based on everything written above.