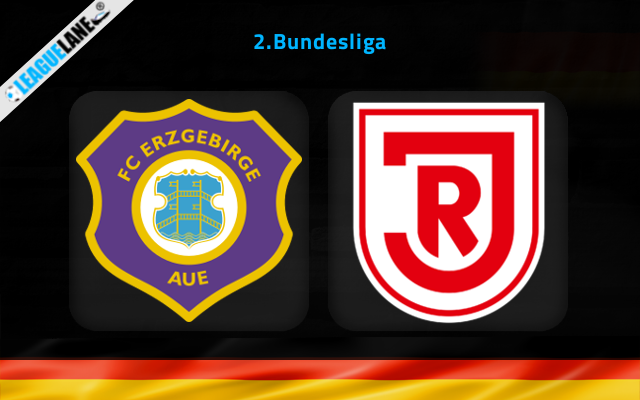 Neither Erzgebirge Aue nor Jahn Regensburg are pulling up any trees in the league lately. Both these German Second Division clubs will meet each other in the 25th Round of league fixtures on Sunday at Sparkassen-Erzgebirgsstadion.

Aue have been delivering disappointing performances since the beginning of this season. They have a dreadful form in the league. Their position on the table gives us the clarity about their current state. They have seldom won at all and will be having lack of confidence to enter this fixture.

They were last seen playing a 6 goal thriller against paderborn away from home. The match ended up in a 3-3 draw. With that draw, they have recorded 10 subsequent winless games in the league and will be following such a set of negative displays.

Meanwhile, Regensburg are also facing a cold streak in the league of late. Their current run have rejected their chances to enter the top half. They will be hoping to climb some positions to the top by sealing points further now. They currently sits 10th on the table and have a good attacking lineup in hand.

They have failed to record a win in the past five league fixtures. They played a disappointing goalless draw in the previous match against Dusseldorf at home. They will be hoping to better themselves from their recent form in the league.

Despite of their recent results, Regensburg looks to have a better form when compared with Aue. They are unbeaten in 7 of their total 11 on road league fixtures and have a decent attacking and defensive lineup.

We expect them to be the winning side in this fixture. However, it won’t be a one-sided affair as Regensburg have leaked goals in big numbers of late on road.