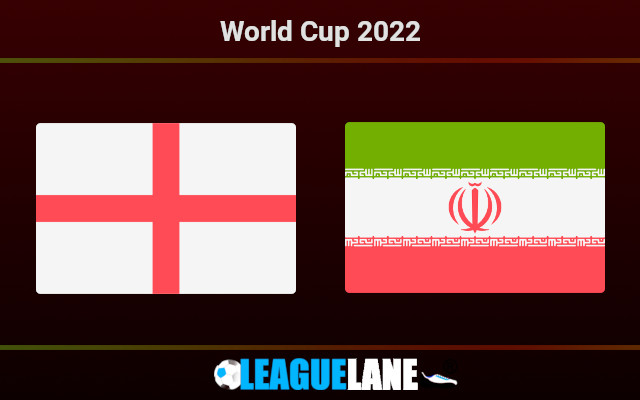 England is expected to bag a comfortable win when they square off against Iran in the opening Group B game at the World Cup 2022 in Qatar.

Perfect Chance for the Three Lions to make a solid start

Changes are far and few to this England squad after the agony at home soil in European Championships last summer. The England national team has retained most of the players that reached the finals of the continental competition and they will be hoping to replicate a similar run at the World stage in winter.

The year 2022 this far has been a horrendous for Gareth Southgate’s men as they finished at the foot of the table without a win in the UEFA Nations League.

However, they can look back at the World Cup qualifier for inspiration when they topped the group ahead of Poland and Hungary with an unbeaten 10 match run and a goal difference of +36.

Iran are making a third consecutive appearance at the World Cup and sixth overall. But they are yet to make it out of the group phase.

Overall, their record at the World Cup final stage is extremely poor having registered just 2 wins from 15 group games so far.

They did come closer last time but eventually lost the knockout ticket to European giants Spain and Portugal by a solitary point.

They come to this tournament as the highest ranked Asian side at number 23. Iran could be the dark horses in Group B and might strike lucky this year with the likes of USA and Wales in the mix. The squad is further boosted by the return of Carlos Quiroz to the dugout.

Furthermore, their squad has plenty of experience and most of the players are in for their second consecutive World Cup.

England are known to make slow starts in major tournaments, but they are unbeaten in six of the last 7 World Cup openers. Again, only three of them are wins on narrow margins.

We are expecting a change of trend this time with the majority of the players in Southgate’s setup coming on the back of solid seasons with their respective clubs. Furthermore, they have a point to prove following a disastrous Nations League campaign in September.

For the above reasons, we will back the Three Lions to win here by a 2+ goal margin with goals at either end. The team Melli have players who can create problems for this English defense in Alireza Jahanbakhsh, Mehdi Tarimi and Sardar Azmoun.

Harry Kane’s form in the English Premier League so far this season is encouraging and he is a strong candidate for anytime goalscorer here. However, we find the best value in backing Phil Foden to find the back of the net on Monday. His intelligent runs into the box will be the most potent attacking threat to Iranian defense on matchday 1.