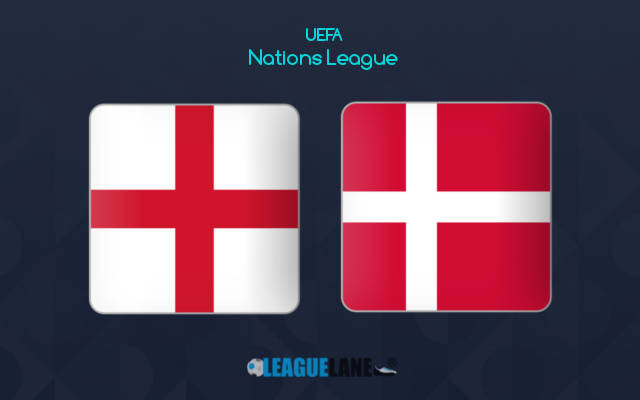 One of the most anticipated UEFA Nations League matches this mid-week will take place at Wembley Stadium on Wednesday night where England welcomes Denmark.

Visitors are still hoping for a miracle, as potential victory here would bring them back into the race for position number one, currently held by the Three Lions.

England’s confidence is probably going through the roof now after beating Belgium at this same stadium during the weekend 2-1.

All in all, we should see an open match and a lot of top-tier players on the pitch.

There were 22 head to head duels between these teams in the past.

England have huge advantage when it comes to victories 14-3, while goal difference is at 42-21.

These two teams have met in round two of UEFA Nations League in Copenhagen, but there is nothing else interesting to mention about that duel as it ended without goals.

Ten out of the last fourteen head to head duels ended Under 2.5 FT, including the last two.

England hosted Denmark nine times in the past, having won seven encounters and losing two. The average number of goals scored in those matches is 2.25 per duel.

Gareth Southgate is surely happy with the recent performances and results. Just before the mentioned derby clash against Belgium, England easily defeated Wales as hosts 3-0 as well.

He even gave an opportunity to some reserve players in that match. Ings and Coady have used it without a doubt, scoring one goal each. England are now sitting at the top of the group with seven points, which means everything is in their hands.

Victory against Denmark would be another big step towards the final UEFA Nations League tournament.

If we exclude the penalty against Belgium, The Three Lions were impeccable when it comes to defending in the last couple of months, keeping clean sheets in six out of last seven games.

Denmark also have some big names, but we doubt they will be able to cause any damage to England in London.