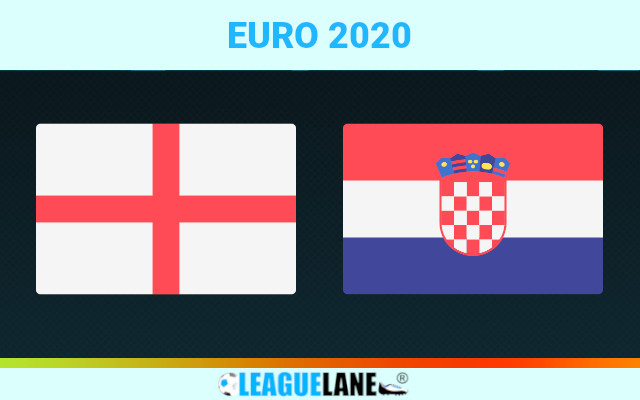 England starts their Euro 2020 campaign on Sunday against Croatia, the same team that denied them the ticket to World Cup finals in 2018.

Despite moderate performances in the two editions of UEFA Nations League, the Three Lions were brilliant in the Euro qualification campaign as they normally do and finished top once again with 7 wins from 8 games netting an incredible 37 goals. Only Belgium (40) has scored more goals in the tournament.

Their form coming into the tournament is quite good as well with the team boasting a 100% win record in 2021. Despite their lackluster wins in two friendlies this month, things are expected to improve from here.

Gareth Southgate had to do it without some of his key players in the 1-0 win against both Austria and Romania, due to their involvement in the Champions League final. But they will be available for selection on Sunday.

A lot has changed at Croatia since their heroic final appearance at World Cup 2018. The team finished bottom of the group in both the 2018-19 and 2020-21 edition of the UEFA Nations League, yet qualification to Euro 2020 was earned by finishing top of Group E in a somewhat easy group that had Wales, Slovakia and Hungary.

However, the Kockasti struggled for results consistently in 2020 and it is continuing in this year as well. Only 4 wins came during the period out of the 13 games played and they lost 7. They are winless in friendlies as well, the 1-0 defeat to Belgium is acceptable, while the 1-1 draw with Armenia is a bitter blow to their confidence.

Harry Maguire is certain to miss this game with Tyron Mings and Ben White options to partner John Stones in the back four.

Elsewhere, Jack Grealish and Mason Mount are ready to start in an advance midfield position to Harry Kane. And Raheem Sterling, despite not in best of forms could get the nod ahead of Marcus Rashford.

Jordan Henderson who returned from a long-term injury is also expected to sit out in favour of Declan Rice and Kevin Phillips in the holding midfield role.

Zlatko Dalic has no injury woes, but there is limited competition for spots in the squad.

The likes of Modric, Kovacic and Perisic are all expected to start with the back four remaining the same.

Lack of goals in recent games means the return of Andrej Kramaric to the starting eleven ahead of the Dinamo Zagreb duo Mislav Orsic and Bruno Petkovic.

There have been a total of 10 head-to-head meetings between England and Croatia and the former picked up 5 wins and 2 draws while losing in 2.

Since the World Cup semis, England got the better of Croatia with a 2-1 win and 0-0 draw at the Nations League campaign in 2018.

At home soil, England won 3 and lost 1 to Croatia and all games saw both teams scoring and three of them saw over 3.5 goals.

On paper, England are a far better side, both in terms of player form as well as recent results. With the match being played in Wembley, home advantage will play some part here too.

But do not underestimate the Croatians, this is a vastly experienced side even though the results have not been positive in the past 12 months.

England football team is known for making slow starts to competition, they drew Albania 1-1 in the 2016 edition of Euro, meanwhile a late Harry Kane goal rescued them 3 points against Tunisia at the 2018 World Cup.

So, I am expecting a similar slow start here, since both teams are coming on the back of poor preparations. Yet, back England to win, but only by the slimmest of margins.