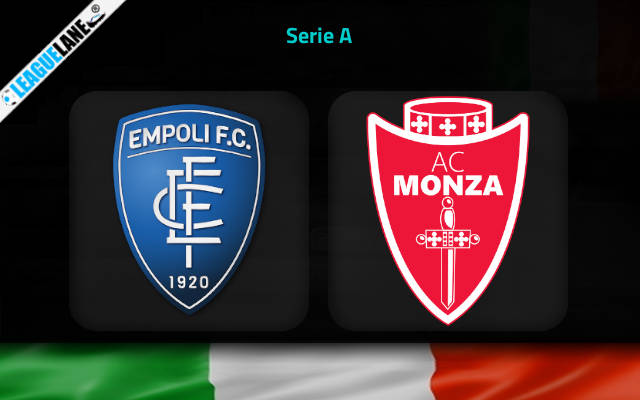 After losing the opening five games in the debut season in the top flight of Italian football, Monza went on to pick up ten out of twelve possible points in the following four matches.

They have managed three wins on the spin without conceding a single goal in the process and they will come into Saturday’s clash against Empoli in the highest of spirits.

Credits mainly go to new head coach Raffaele Palladino who seems to have managed to find the winning formula since taking over Giovanni Stroppa a month ago.

Palladino’s men allowed only a single shot on target in the last weekend’s 2-0 home win over Spezia.

They will fancy their chances of keeping the fourth clean sheet on the trot here against Empoli who have by no means been impressive of late.

Empoli have actually picked up just a single victory in the inaugural nine rounds of the season. They were on the brink of the second last weekend away at Torino but a last-gasp equalizer from Sasa Lukic prevented their celebration in Turin.

It is worth noting that Torino were a much better of the two outfits on the occasion, though. Empoli had just six attempts in total towards the rivaling goal, one of which went on target.

Monza will enter the match in much higher spirits and we expect their highly-improved defensive line to make the difference in their favor here at Stadio Carlo Castellani as well.

We certainly expect a tight affair also considering the significance factor (these two teams will likely be among the main relegation contenders at the end of the season). The Under 2.5 goals FT is a great pick at the 1.90 odds. We will, however, take Monza’s win & Under 2.5 goals FT bet at the sky-high 6.50 odds.