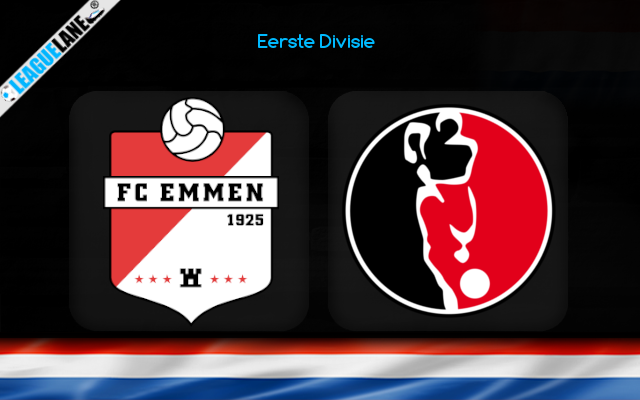 FC Emmen are enjoying their current form in the league. They have a stellar spell of form and have recorded a lot of positive displays since the beginning of this campaign. As a result of such an impressive run, they are in the possession of the second spot with 55 points.

They are unbeaten in the league since December 2021. They owns the best defence in the league and have managed to display the defensive steel in many of their Eerste Divisie fixtures. They will be entering their next fixture with highest of spirits following a set of excellent outcomes.

Meanwhile, Helmond Sport are displeasing since the beginning of this Eerste Divisie season. They possess a below average offensive and defensive side. Following a form of being winless in 21 of the total 26 fixtures, Helmond Sport sits at the rock bottom of the table.

They are winless since December 2021. They lost their most recent league fixture against FC Volendam away from home. They conceded four goals in that match while scoring one. They have been leaking two or more goals in each of the past 6 league fixtures.

FC Emmen will enter this fixture as big favorites as their rivals in this Eerste Divisie fixture are having the worst form in this league so far. Expect a one-sided affair at De Oude Meerdijk on Tuesday evening.

Despite of the recent head to head tradition, we have no other options to back Helmond Sport. On the other side, FC Emmen are having an outstanding form and follows 8 straight league winning games at home.

They are having a clear strength of sealing a win here and we are backing them to seal a clean sheet win over this Helmond Sport outfit.