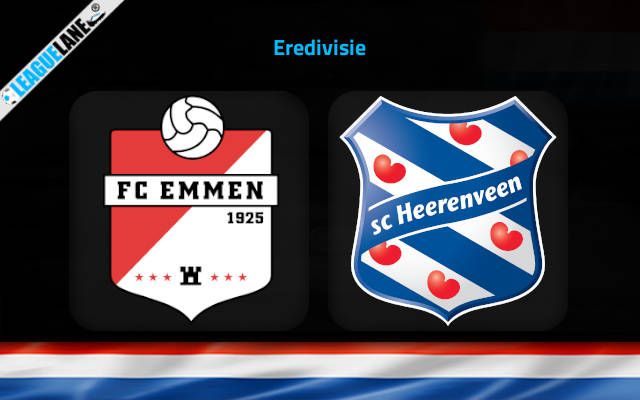 Heerenveen are on a good run at the moment, and are in possession of the sixth spot in the table. In fact, their only defeat in the whole campaign came against Ajax. Meanwhile, Emmen are placed bottom-most in the table, and are easily the worst of the lot.

They are on a long losing stretch at the moment, and are letting in goals in huge numbers right from the start of the season.

Meanwhile, Heerenveen did lose against Ajax, but other than that they remained unbeaten. And impressively, they let in just two goals in total against the other teams.

They are placed sixth in the table at the moment, and their immediate objective would be to break into the top-four.

Do note that they are scoring goals in huge numbers even on the road.

On top of that, they also have a superb h2h record against this rival over the years, and taking into account all these observations, expect a win for Heerenveen this weekend.

Emmen are on a four-game losing streak, and they were winless in nine of their past ten fixtures. In the process they went on another four-match losing stretch as well.

Note that they let in two or more goals in nine of their previous ten overall games, and they let in five goals from their last two appearances at home.

Considering these observations, expect a win for Heerenveen this Sunday.

Tips for FC Emmen vs Heerenveen