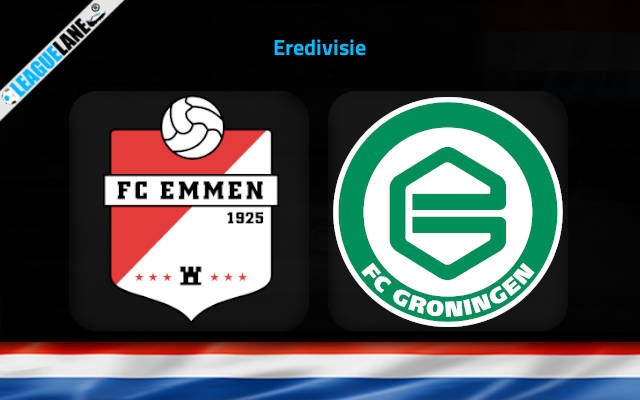 Both Emmen and Groningen are counted amongst the worst teams in the Dutch top flight. It is no wonder that they are placed in the bottom-most tier of the table.

All through the campaign both teams have been letting in goals in huge numbers, and to be frank that trend seems to have no end in sight.

Emmen are in possession of the 17th spot in a table of 18, and so far they managed to register just a single win. They are one of the three teams to have remained winless in the past five games in the league, and only two squads let in more goals than them in the entire competition.

Meanwhile, Groningen are placed 14th in a table of 18, and they have had a single win on the road so far. And note that they are currently on a losing streak away from home.

Moreover, majority of past h2h clashes had goals in huge numbers, and judging all these observations together, I am inclined to expect a high-scoring affair this weekend between the two teams.

Emmen are on a long winless run, that stretches back to August. They conceded two or more goals in most of their games during this stretch, and their only clean sheet in the while came against the struggling Heerenveen.

It also needs to be mentioned that they were promoted to the top flight only at the end of the last season, and they are struggling to cope with the intensity in the upper division.

On the other hand, Groningen are on a mess away from home. They are letting in goals in huge numbers in most of their fixtures, and their only league victory away from home came against the inconsistent Cambuur.

By the looks of things, expect a goal-fest this weekend.

Tips for Emmen vs Groningen