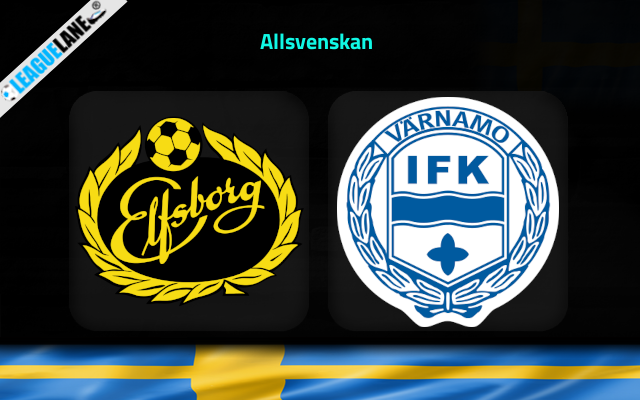 Neither Elfsborg nor Varnamo had opened with positive displays this season. Both these outfits will battle each other in the 3rd round fixtures of Allsvenskan at Boras Arena on Sunday.

Elfsborg will be hoping to bounce back from their winless recordings in the first two league fixtures. They played a 1-1 draw on road and lost 0-2 to Mjallby in their opening fixtures.

Before recording the above winless displays, they were on the back of 6 winning fixtures in the past 8 fixtures across all competition. They had positive hopes with the spirits gained from such a recordings.

Meanwhile, Varnamo also started off this season winless. They recorded a goalless draw at home against Sirius and a 2-1 defeat on road againts Goteborg in their first two league fixtures this season.

They were on the back of three subsequent friendly defeats before entering the opening fixture of this season. When looking at the past 10 fixtures of Varnamo, we can see them remaining winless in 7. Following that, they might not have highest of spirits.

Elfsborg have a decent form at home lately. They are unbeaten in 7 of the past 10 home affairs in all competitions. Six of those 7 unbeaten recording ended up as a win for them.

On the other side, Varnamo are on the back of four subsequent losing fixtures on road currently. They have leaked two or more goals in each of those four fixtures.

Considering that, we back Elfsborg to seal win from this fixture as they possess a decent form at home and have an unbeaten streak in their head to head clashes against Varnamo.