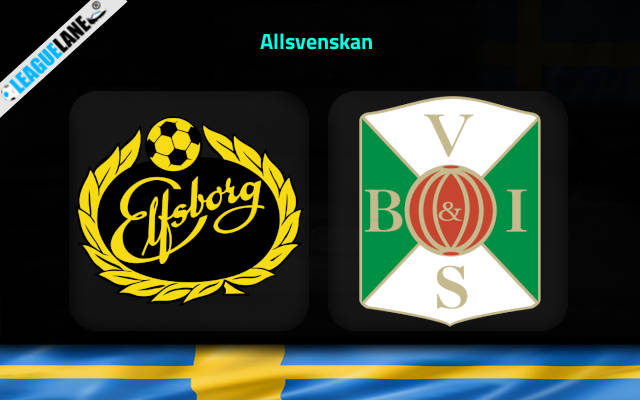 Elfsborg might have started their campaign on a slow note, but they are picking up pace, and are determined to break into the top-most tier of the table.

It also deserves special appreciation that they have made the most from their recent home fixtures, and have found the back of the net in plenty in these games.

Meanwhile Varbergs have been one of the weakest teams in the league and they have scored the least number of goals of all the teams in the competition.

They are barely staying above the relegation cut-off and most of their recent fixtures have ended in losses as well.

Particularly on the road, they have been struggling right from the beginning and have let in goals in plenty in huge numbers in these match-ups.

By the looks of things, expect a win for Elfsborg this Monday at their home.

They had also won 7 of their last 9 appearances at home and they have lost just once at this venue since November of 2021.

On the other hand, Varbergs were winless in 7 of their past 8 overall matches, and they had failed to keep clean sheets in their past 6 fixtures.

They are also on a 4-game winless run on the road and 3 of these were losses. Moreover, they had left in a total of 8 goals from their past three away games as well.

Considering these observations anticipate a victory for Elfsborg this Monday.

Tips for Elfsborg vs Varbergs