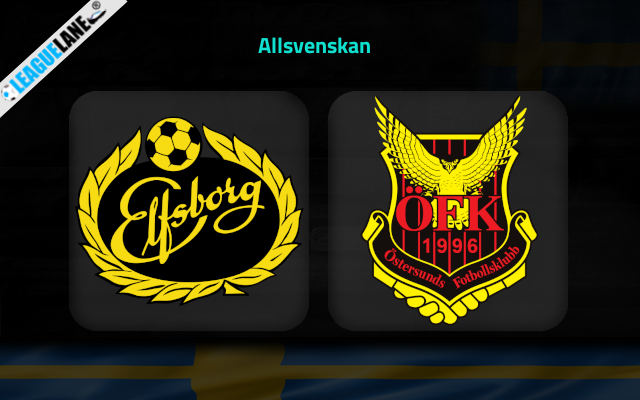 Elfsborg have won three games on the bounce in Allsvenskan. They are looking to keep the streak going on Saturday afternoon when bottom-half Ostersunds come to visit Boras Arena.

Elfsborg are back in contention for the very top of Allsvenskan standings after a run of three subsequent victories.

They are now just four points shy of leaders Malmo and have a nice opportunity to continue the winning thread on Saturday against struggling Ostersunds.

The hosts may have not delivered spectacular displays lately, but they got the job done, beating Norrkoping, IFK Goteborg, and Orebro with a single-goal margin each.

The head coach Jimmy Thelin looks to have found a winning formula for his team’s back line as Elfsborg conceded only one goal in the last three league outings.

This spell of form will also come in quite handy for the hosts ahead of the beginning of their UEFA Europa Conference League adventure on Thursday.

The hosts should really fancy their chances of success here knowing that their rivals have lost six of the last seven Allsvenskan games.

Despite having a goal difference of 14-14 after 10 league matches, Ostersunds sit third from bottom after losing most of their games by one goal difference.

The latest of the failures came on Sunday when Ostersunds suffered a 2-3 defeat at home to IFK Goteborg.

Elfsborg have a nice opportunity to pick up another victory and additionally boost up the confidence before the start to their European journey. We fancy their chances of keeping a clean sheet here given they’ve shipped only one goal in the last three league clashes.

The home win to nil thus looks great at the 2.30 odds. The value-seekers can try with the Under 2.5 goals FT at the 2.10 odds because just one of the last six head to head matches between these two outfits has produced three or more goals.