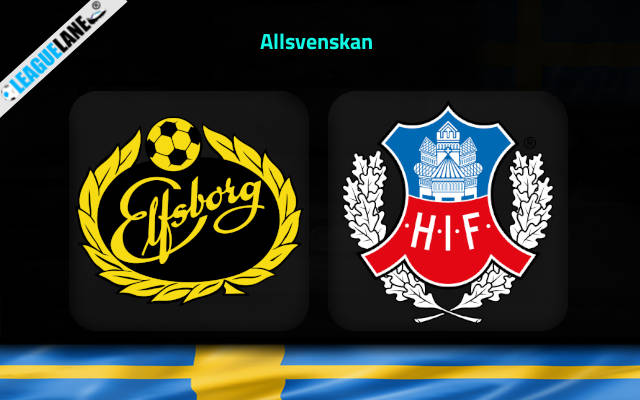 Elfsborg will play host to Helsingborg on Monday in an Allsvenskan fixture at Boras Arena.

The bookmakers see the hosts as pretty big favorites for the win, pricing them at just 1.33 to claim the spoils here.

It is very easy to understand why because Helsingborg have had a dismal campaign so far in this season, losing the majority of their fixtures.

They will head into this fixture off the back of six consecutive defeats. In fact, they have only managed to win four time all through the competition. A total of 17 points have allowed them to position inside the danger zone, second from the bottom of the table.

Do also note that they had let in a total of 13 goals over the course of the past six league fixtures. Their defensive line will definitely cause them as they faces Elfsborg in the coming fixture.

The hosts defeated Hammarby and Varberg in the previous two league fixtures. Their combined scorecard from those fixtures in 5-1. Do also note that Michael Baidoo has scored 6 goals in his last eight appearances for Elfsborg.

By the looks of things, anticipate a pleasant display from the home side on Monday.

It needs to be mentioned that Elfsborg have won three of their last five league outings. On the other hand, the visitors are on a long losing streak.

Taking into account all these observations, we like to back Elfsborg -1.5 Asian Handicap at 1.98 Odds as the main bet.