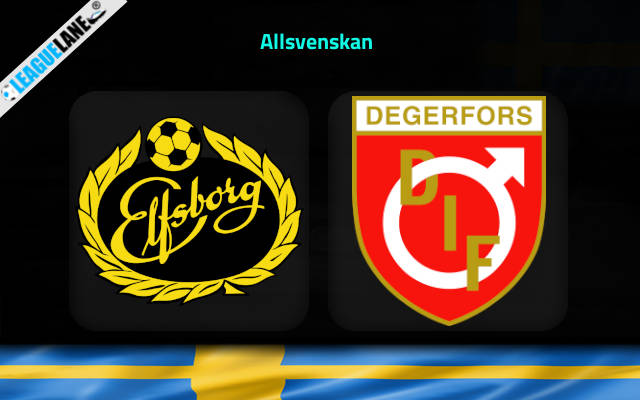 A lot is at stake for Tobias Solberg and his men as they have a chance to finally leave the relegation zone. They will travel to Borås Arena to clash with Elfsborg on Matchday 26 of the Allsvenskan.

Looking at the home side, Elfsborg fell to Kalmar last time by 2-0. This result was very hard to bear for Jimmy Thelin and his boys as it ended their four-game winning streak.

They do have a chance to bring the winning momentum back as the visitors are currently at the bottom half of the table .

At the beginning of this month the visitors did the unthinkable, as they defeated title favourites Djurgarden by a huge three goal margin. It was Omar Faraj who scored the opener in that game.

This victory brought back confidence for Tobias Solberg’s side. Most recently, they faced Sirius which ended in a goalless draw. Despite being in the fourteenth posiiotn, the team is having a decent form recently as they are unbeaten in their last five games.

In the 2-0 defeat against Kalmar, manager Jimmy Thelin completely changed his team’s left wing as he saw a unacceptable approach from his players.

Nevertheless, the host are in excellent goal scoring form of late as they have scored eleven goals in their last five league matches.

With just five matches remaining for the season to finish. This is an important fixture for the visitors if they wish to avoid being relegated. Considering their recent form, we can expect a tightly contested game.

Our prediction is that Elfsborg will win by 4-1 – the odd for this tip will be at 17.00. This is after considering that they are on a four-game winning streak against this side. Moreover, they managed to beat them by a huge margin of 6-0 last time.

Our next tip for this game is that Both Teams to Score- the odd for this tip will be at 1.70. A combined total of nine goals have been scored by both teams in two of the last three encounters.