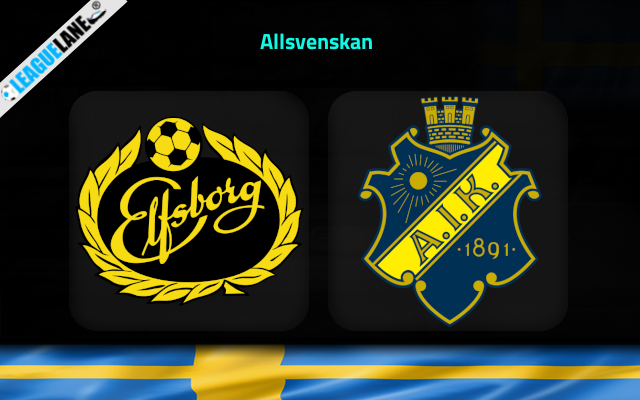 Elfsborg had an average start to this season. They recorded the same further but have shown some improvements of late. Following their current set of unbeaten outcomes, they will be hoping to record a positive in their further league outings.

Elfsborg have recorded a 1-1 draw on road against the current table topper Hacken in their most recent league fixture. With that draw, they are now following a streak of four unbeaten games in the league. They will be having positive spirits to face their next league rivals following the above.

Meanwhile, AIK have been recording impressive displays in the league. They have collected 6 points from the past five league fixtures to add up to a total of 24 points on the table for residing at the third spot of the table. However, their recent form is not that impressive.

AIK recorded a 0-1 defeat against Mjallby at home in their most recent league outing. It eas their fourth winless recording in the past five league outings. Also, they are currently following a winless run in the league. They will be hoping to return back to their unbeaten run.

The first home outing of Elfsborg ended up in a negative display for them. Since then, they have not conceded a single defeat in the league. They are unbeaten for the past five league fixtures at home.

On the other side, AIK is having an average form on road this season. They are winless in four of the total 6 league fixtures they have played on travels so far this season.

Considering the above stats, we are left to back Elfsborg to seal a win from this fixture despite of the head to head upper hand AIK has.