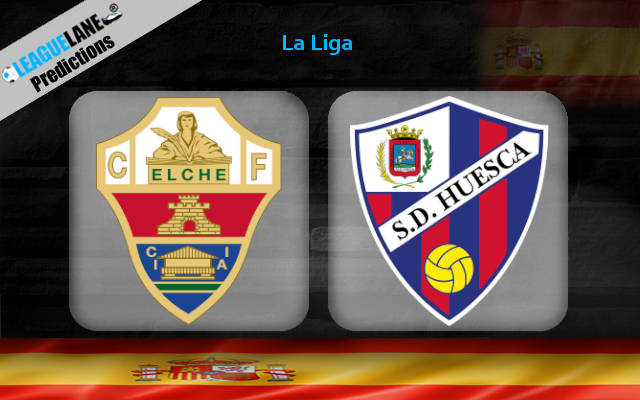 Elche announced their arrival to the top tier with a 0-3 loss at home against Real Sociedad in the opening match this season in the schedule. However, they will return home on the back of a 0-1 win on the road against the likes of Eibar in the campaign.

They will host the fellow promoted side from the Segunda Division, Huesca. So, both teams will be familiar with each other with no gaps in between. Huesca started the season with a 1-1 draw on the road against Villarreal and has continued the winless run so far this term.

Huesca has completed four fixtures in the campaign until now and has lost only one of those matches in their schedule. They will visit on the back of a goalless draw at home against Atletico Madrid in the last league clash.

Elche was at the 6th spot in the Segunda Division table last season and they got a chance in promotion by just a difference of one point with the next to kin. Meanwhile, Huesca were the champions finishing at the top with 9 points ahead of the home team in the campaign.

When they meet at the top tier, we can expect their level of play to rise farther above. We have assembled three tips for the game, which is likely to happen in ninety minutes at Elche and yield decent returns for the punters at a safer approach.

Their last five h2h clashes here in LL2 have seen both teams find the back of the net. Significantly, their recent three meetings have ended in the same 1-1 scoreline at this venue. This points to the chance of a draw and a probable BTTS in the upcoming match. Along with that, the tip for over 1.5 goals will also be an ideal choice for decent returns.

Elche enjoys the ground advantage in the game but has an inferior squad strength when compared to the Segunda Division champions in the middle. Since the visiting side are the favorites to win, the double chance favoring Huesca will probably be the best bet for the punters.

Despite the winless streak in the campaign this season, Huesca has a better chance at winning with their form in their previous term. The away side to win with a +1 handicap will probably be a suitable option for the punters in the encounter.