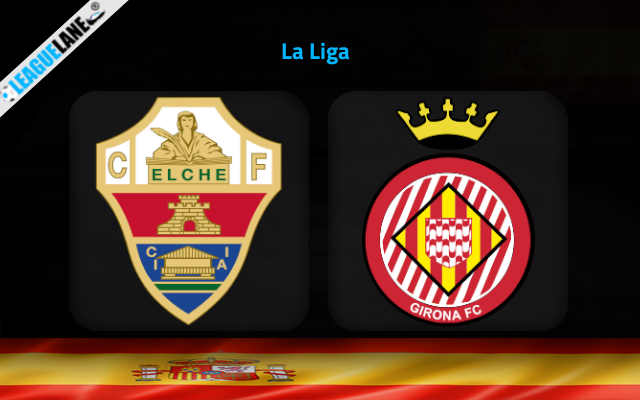 Elche will be hosting away side Girona at Estadio Manuel Martinez Valero in the LaLiga fixture on Tuesday.

The hosts are yet to record a win since the beginning of this season. They have been consistent in conceding defeats and nothing positive can be expected from them based on the current form.

The bookmakers expected them to win in only their second game. It was against Almeria and the match ended in a 1-1 draw. They are currently at the bottom of the table with no positive factors to speak of.

Apart from being winless in 12 games, they have conceded 27 goals in all these games while scoring just 8. However, they might have a chance on Tuesday since their opponents own a weak defense.

Even if Girona concede a goal, the chances of defeat are very low for them. A 1-1 draw against table toppers and the reigning Spanish champions Real Madrid will definitely motivate them. That draw might had even shocked the bookies who expected a win for the Champions of Europe at just 1.25 Odds.

Going on, a point from that game helped them to climb into a position outside the relegation zone. If they manage to get a win from this game, they can increase the gap with relegation zone.

The domination in the second division games played two years ago cannot be compared with the current stage where both these outfits belongs.

Girona are currently winless on the road despite holding Real Madrid to a draw at the Santiago Bernabeu in their last away match. However, they are unlikely to lose against worst team in this season, Elche.