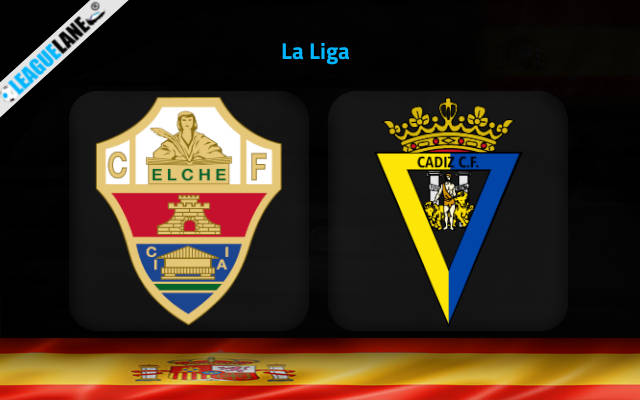 Both Elche and Cadiz are amongst the worst in the La Liga, and are stuck in the bottom-most tier of the table. All along the campaign, the two teams have been conceding goals in plenty, and have grown desperate to put an end to their respective dismal runs.

Particularly, since both teams are level on points at the relegation cut-off, a win this Sunday will be of great importance.

Expect a fierce encounter this Sunday, and anticipate goals from either side of the pitch as well.

Elche were held to a 1-1 draw the last match-day by Osasuna. They were also winless in 17 of the past 20 overall fixtures, and have a total of one win at home in the past six-month period.

In fact, they had let in two or more goals in the past three appearances at home, and have a total of just two clean sheets at this venue this entire season.

On the other hand, Cadiz had lost 1-4 at home the past game week, against Atleti. They were also winless in 13 of the past 15 overall fixtures, and had remained so in four of the previous five road trips.

Taking into account the defensive weaknesses of either team, expect a high-scoring affair this Sunday at the Estadio Manuel Martínez Valero.

Tips for Elche vs Cadiz