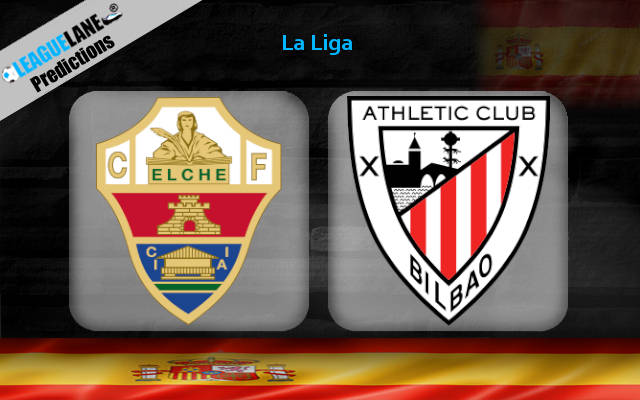 With their spot in La Liga hanging by a thread, Elche needs at least a draw in the upcoming clash with Athletic Club on Saturday. All of this will also depend on the result of their fellow-promoted side, Huesca, in La Liga.

Adding to their confidence, the host has won two of their recent five clashes in the campaign. They will return home on the back of a 1-3 win on the road against Cadiz last time out in their schedule. The home team is 13 points behind the traveling side on the table as it stands.

Since the visitor has lost the last two fixtures, hopes will be high at the home team’s dugout. Bilbao will come into the game on the back of a three-game winless run, following a 0-1 loss at home against Real Madrid in the previous encounter.

Elche will come into the game on the back of a win while the visitor is struggling with their recent winless run in the campaign. After the loss to Real Madrid, their lack of finishing in attacks has become more prevalent in the league.

Thus, with their ground advantage, the host can surprise the visitor early in the fixture. As such, the tip for Elche to win either half of the match will come in handy to yield decent returns in the encounter. In the meantime, Bilbao is on a double loss in the campaign and also on poor form on the road.

Furthermore, the visitor has an upper hand in overall performance in the league this season. Be as it may, the current form in the campaign suggests a slight edge for the promoted team. So, the draw no bet over Elche will probably be the best bet for the punters in the clash.