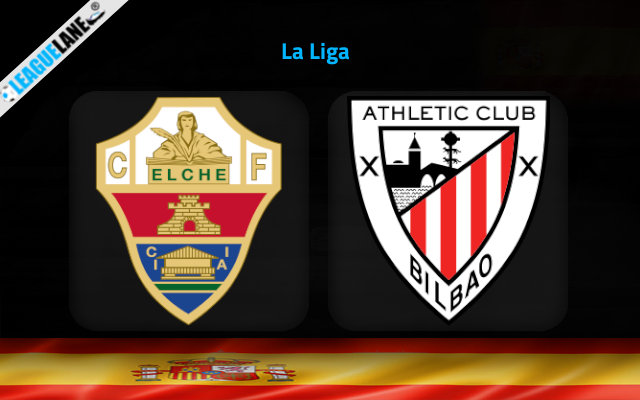 Athletic Bilbao ruined the positive start to the new season with a surprising home loss to Espanyol last Sunday.

The Basques will be hoping to get their campaign back on track seven days later when they travel to Estadio Manuel Martinez Valero to take on Elche in Gameweek 5.

Elche are struggling badly at the start of the new season. They only have one point from four games so far.

The team led by Francisco have managed to also get only a single goal in four games. It came in the 1-1 home draw to newly-promoted Almeria in the second round.

The latest of Elche’s failures came seven days ago when they allowed four unanswered goals in a tough defeat away at Villarreal.

Francisco’s troops clearly have problems with the lack of attacking creativity at the beginning of the season.

This is not the right time for them to face Athletic Bilbao who have only shipped one goal so far in the season.

The Basques will thus have an ideal opportunity to return to the old habits and to keep the fourth clean sheet of the campaign here.

Elche scored just one goal in the inaugural four games, while Athletic Bilbao conceded one goal so far in the season. The value thus has to be with the visitors to keep a clean sheet at the odds of 2.25.

Since we’ve seen much better displays from Bilbao so far in the season, the away win has to be the way to go at the 1.85 odds.