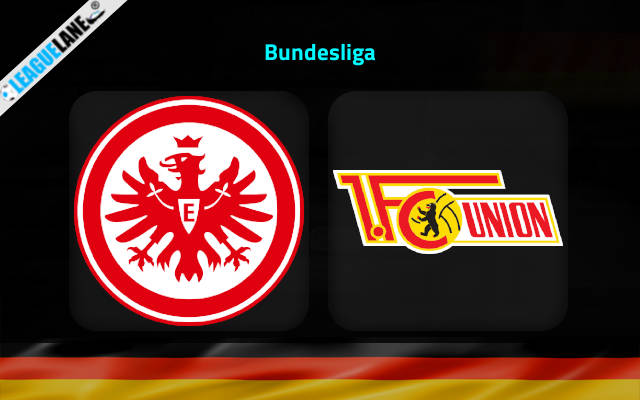 Union Berlin have impressed everyone this season. Manager Urs Fischer has made great progress by not losing a single game this campaign. They will travel to Deutsche Bank Park to clash with rivals Eintracht Frankfurt this weekend for an early kick-off.

The defending Europa League champions have started the new season on a good note. Following a 1-0 defeat against Wolfsburg, Oliver Glasner’s team quickly bounced back by defeating Stuttgart by 3-1.

Against Stuttgart, three different players found the back of the net. As a result, they are now at the seventh position on the table ranking.

The visiting team led by Urs Fischer have won four of their last five league outings. In their most recent outing, they defeated Wolfsburg by 2-0.

Earlier this month, the team showed great fighting spirit when they managed to hold defending German champions Bayern Munich by a 1-1 draw.

On the other hand, they have conceded the least number of goals in the Bundesliga this year.

We can expect Union to extend their impressive winning record in this upcoming fixture as well.

The visitors have won 71% of their games. It is interesting to know that Die Eisernen have not lost a single game this season. Moreover, they are on a two-game winning streak in the Bundesliga.

If they manage to secure a win in this upcoming fixture, they can firmly claim the top position on the table.

On the other hand, Sheraldo Becker didn’t feature for any game over the break. Do also note that he is the Bundesliga’s top-scorer, with three of his six goals proving decisive in victory.
Our prediction is that Union Berlin will win – at 3.25 odd. This is after considering that the visitors won the most recent match against Eintracht by a two-goal margin. Also, they are undefeated in the league this season.

Our second tip for this game is that Sheraldo Becker will score anytime – at 3.75 odd. This season he has scored six goals in his last seven appearances.