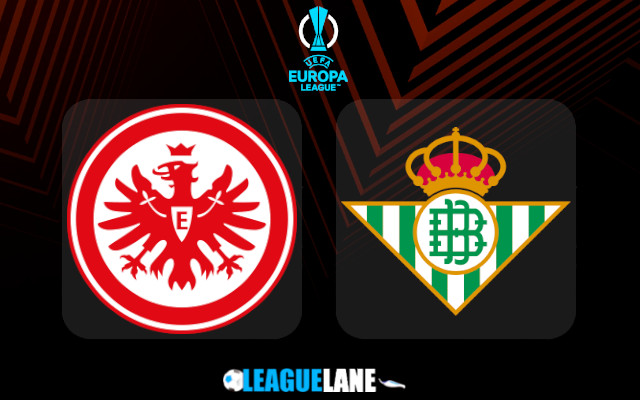 Eintracht Frankfurt registered nine shots on target in the first leg of the last 16 round of UEFA Europa League eight days ago in Spain.

They thus deservedly celebrated a 1-2 victory over Real Betis on the occasion and will have a nice advantage ahead of the return game on German soil on Thursday evening.

Austrian manager Oliver Glasner can be satisfied with the progress his men have shown of late, not just in Europa League.

Frankfurt made it three straight victory across competitions when they completed a comeback in a 2-1 victory over Bochum on Sunday afternoon in Bundesliga.

Glasner’s squad thus broke into the top half of the Bundesliga ladder and they will enter this match against Betis in the highest of spirits.

The visitors were also successful at the weekend, beating Athletic Bilbao 1-0 at Estadio Benito Villamarin.

Betis are still in contention for the top-four finish in La Liga, sitting only two points behind fourth-placed Atletico Madrid in the domestic league table.

Also, it is important to note that Real Betis have shown great form on the road lately, winning five of the last six away outings in all competitions.

The run includes a 1-2 victory over Russian Premier League champions Zenit in the previous round of UEFA Europa League.

All of the last four away games Betis have played across competitions have seen the Over 2.5 goals FT & Both Teams To Score option coming in.

Since both teams generally tend to play attacking-minded football, we would be very surprised to see this ending as a low-scoring contest.

Both Teams To Score is the best betting option at the 1.53 odds, while we will also Eintracht Frankfurt to score at least two goals at the odds of 1.83.