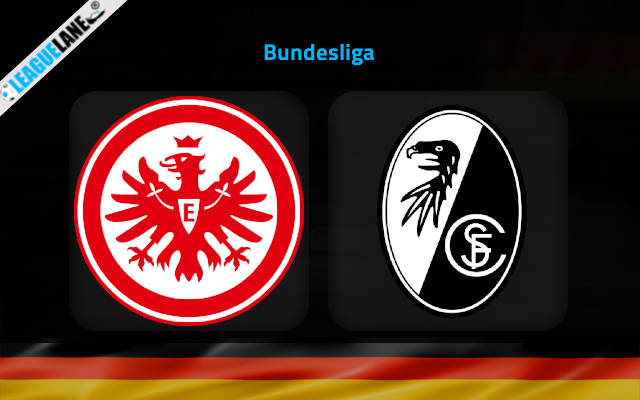 Eintracht Frankfurt continued their attacking woes last weekend when they failed to break the deadlock in a goalless draw to Greuther Furth.

Oliver Glasner’s men dominated the entire course of the game but lacked the finishing touch and eventually had to settle for a point in front of their fans.

Frankfurt have now failed to find the net in four of the last five league games on the home patch.

This attacking crisis has caused the drop to the ninth position in the Bundesliga standings, significantly halting the team’s push for European positions next season.

Eintracht are now set to host Champions League hopefuls Freiburg in one of the most interesting games of Matchday No 29 on Sunday afternoon at Deutsche Bank Park.

Freiburg have also experienced a drop in form in the previous several weeks. They are three points behind RB Leipzig in fourth place of the league table after a run of only one win in the last four matches in the competition.

Christian Streich’s men did little to hurt Bayern Munich in a tough 1-4 defeat on the home ground last weekend.

Freiburg have won only one of the last six away outings in Bundesliga. They also failed to score in the goalless draw against Greuther Furth just before the international break. If we add tradition into the equation, it is very hard to justify the away win pick here.

Nonetheless, since Eintracht Frankfurt have not been quite enjoying their best form recently, we see the draw as the most likable of the three outcomes here. You can back it at the odds of 3.40.