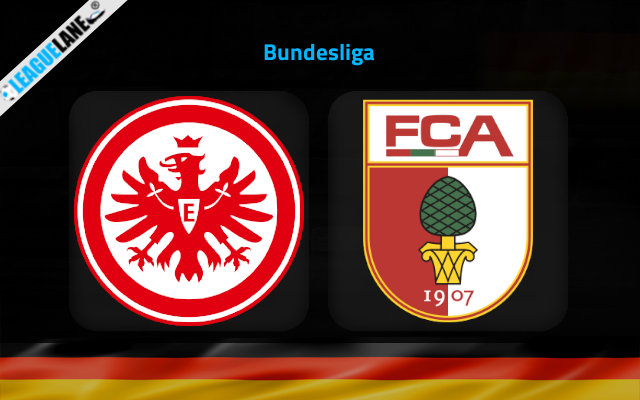 Both Eintracht Frankfurt and Augsburg will be looking to make amends for horrendous showings at the start of the new Bundesliga season. Which of the two teams can bounce back in their head to head clash in the second round of the competition?

Oliver Glasner could have not imagined a worse start to his reign at Eintracht Frankfurt.

The Austrian manager got eliminated from DFB Pokal by Mannheim (a 2-0 loss) before conceding five goals in a demolishing 5-2 loss away at Borussia Dortmund at the beginning of the new Bundesliga campaign.

Glasner clearly has issues with the lack of meticulousness in his team’s back line and he will be keen to see improvements there when Eintracht take on fellow strugglers Augsburg.

The visitors have not done much better in their season opener, falling 0-4 in their own backyard to Hoffenheim.

Markus Weinzierl’s troops were toothless up front on the occasion, failing to create a single shot on target. For the sake of comparison, Hoffenheim had as many as eight.

Much like his colleague at the opposite end, Weinzierl also has numerous problems with his defensive line.

Augsburg did not keep a clean sheet this summer and they’ve conceded two or more goals in five of the last six games (including pre-season friendlies, DFB Pokal, and Bundesliga).

Augsburg still lead the head to head tie by a single win coming into the 19th meeting with Eintracht Frankfurt.

However, Frankfurt were much more successful in the latest head to head games. They saw off Augsburg in each of the last three clashes with an impressive 9-0 goal difference in the process.

The hosts come into this as clear favorites despite the inaugural failures in both cup and league.

The match against struggling Augsburg comes just at the right time for Glasner and his troops who should be able to exploit their rivals’ defensive holes and record a rebound victory in the first fixture in front of the home crowd.