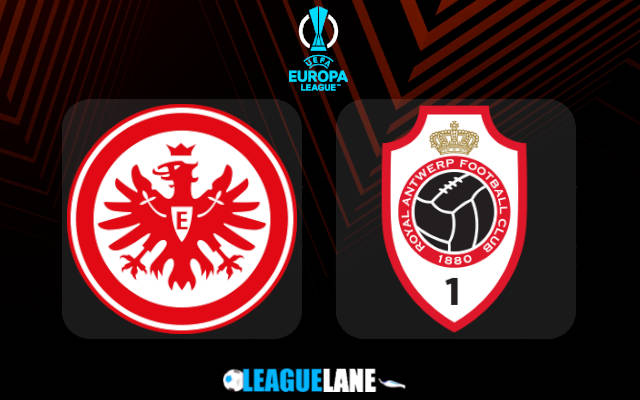 Eintracht Frankfurt and Antwerp, two teams who are in opposite ends of the standings in Group D, will go head-to-head at Deutsche Bank Park in their penultimate fixture in Europa League group stages.

A win for the hosts should ensure they finish top of the table with a game to spare. The visitors should take all 3 points to stay in contention for the second spot depending on the other result or to seal a third-place finish to compete in the Conference League. Read our Preview, Predictions, and Betting Tips with Analysis here.

SGE following their 1-1 draw against Fener in the opening match of the campaign followed it up with wins against this foe on the road and Olympiakos in home and away fixtures. Thus with 3 wins and a draw, they are top of the group with 10 points, 4 points clear of Olympiakos.

Their progress in the Bundesliga has been far from ideal as they are sitting in 11th position, 5 points clear of the relegation zone.

Royal Antwerp suffered defeats against all 3 opponents in their group. They have managed a point through a 2-2 draw on matchday 3 against Fener on the road and are sitting bottom of the table with a point. They are second in the Belgian League 7 points behind Union Saint-Gilloise.

While I do believe the German club will take all 3 points from this fixture, their first-half goal scoring record has been abysmal in recent times, having secured a lead just twice in their preceding 10 games. I feel the visitors will hold their own in the first half.