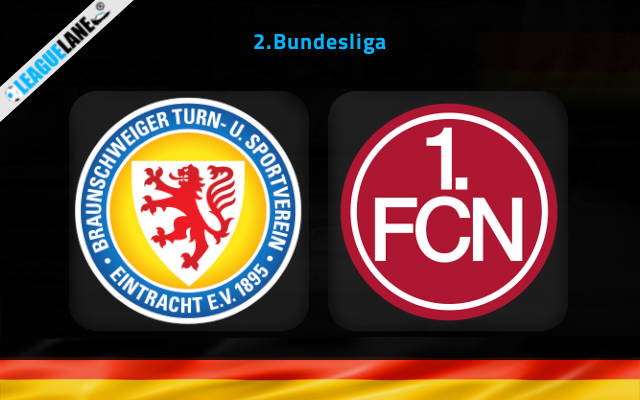 Eintracht Braunschweig are yet to record a victory upon returning to the second division of German football. They have just a point after playing six fixtures this campaign.

While the defeats they conceded was kind of expected, the 2-2 draw against Dusseldorf certainly was not. Their supporters might had hopes on them prior to their previous round against Bielefeld. However, they recorded a 4-1 defeat against them as expected by the bookies.

Meanwhile, Nurnberg is at the 12th position in the league table. The supporters of the visiting side were left disappointed the last game as they lost to Hamburger SV without scoring goals.

However, Robert Klaub will encourage his boys to score goals, as it will improve their chances of winning.

Nurnberg will travel to Eintracht-Stadion to face the newly promoted side Eintracht Braunschweig in a 2. Bundesliga fixture on Friday.

The Legends are on a three-game unbeaten run on the road lately. They have won two of these fixtures scoring two goals each.

On the other hand, Eintracht Braunschweig are without a win at home this season. Worryingly, they lost two of their three league fixtures in front of the home crowd.

Also, fixtures involving Braunschweig have been entertaining affairs of late with a lot of goals being a stamp mark. Over their past four clashes alone, a total of 13 goals have been scored by both teams combined but only 3 of them were netted by The Lions.

Thus, we are expecting a win for the visitors Nurnberg. we are also in favor of backing the both teams to score option considering the weak defenses of both.