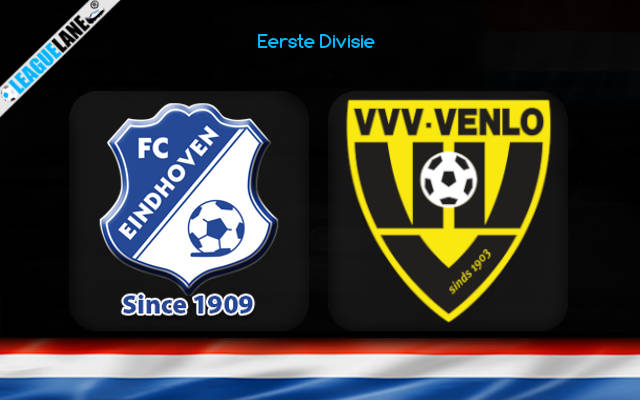 Game week 30 of Eerste Divisie brings us the match between Eindhoven and VVV-Venlo on Friday at Eindhoven.

Eindhoven has added yet another win to their tally after their last match against Helmond Sport. Even though Helmond Sport scored an equalizer in the last ten minutes of the match, they couldn’t end the match in a draw. The last-minute decider ended the game in a win for Eindhoven with 1-2 FT score.

Venlo played their last match against Volendam, in which both teams failed to score in the match, ending the game in a goalless draw.

Venlo has been inconsistent with their form in their matches. The team earns unbeaten streak in a couple of matches and then their form drops, which leads to a cold streak. Venlo is currently unbeaten in their last five matches and stays 10th on the league table with 37 points.

Eindhoven has exhibited strong form in their matches. They have got a greater number of wins than both draws and losses combined. The team is on a win-streak in seven consecutive matches and will hope to keep this streak going with a win in this match. Venlo has been inconsistent in their form. The inconsistency will be a disadvantage for the team when facing against Eindhoven, who are in top form.

Eindhoven also has the advantage of playing in their home ground, where they have not lost in the last seven matches. Venlo’s recent away matches show an improvement in their form when compared to the early matches. Recently, the team has won in four of the last five matches.

I believe the match will end in a win for Eindhoven. Joey Sleegers have scored in most of the recent matches for Eindhoven and can be expected to score any time in this match.