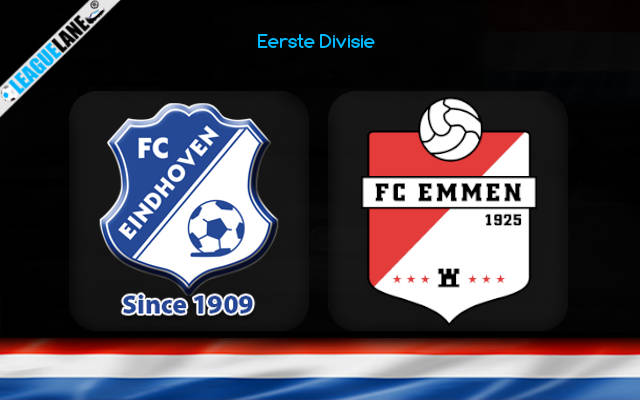 Eindhoven and Emmen are on top of the league table in Eerste Divisie. Both teams have played well in their matches throughout the season. They face each other on Friday at Eindhoven.

Eindhoven‘s loss against De Graafschap came after twelve unbeaten matches. From their matches since the start of this year, they have lost in only two. Also, the team has got more wins in this season than both their wins and draws combined. Currently, the team stands third on the league table with 67 points from their matches.

Eindhoven played their last match against Telstar. Eindhoven scored the only goal in the match in the 82’ minute, securing a win in the match. The match ended with 0-1 FT score.

Emmen played their last match against Roda JC. Emmen opened their scoring in the 7’ minute of the match and added to their lead in the 77’ minute. Opposition couldn’t score a single goal, ending the match with 2-0 FT score.

With both teams on high roll, the match can turn its tides at any time. However, Emmen has not lost in their last nine matches and can be expected to continue with their streak in this match as well.

Eindhoven’s home matches have brough in some good results. They have lost in only three of their matches in home ground this season. Emmen, similarly, have got some great results in their away ground. They are unbeaten in their last eight away matches as well.

Looking at the records, the match will most probably end in a win for Emmen or in a draw. With both teams in strong form, we can expect the match to go over 2.5 goals. Emmen has scored at least one goal in the first half of the last five matches and are likely to score so in this match as well.