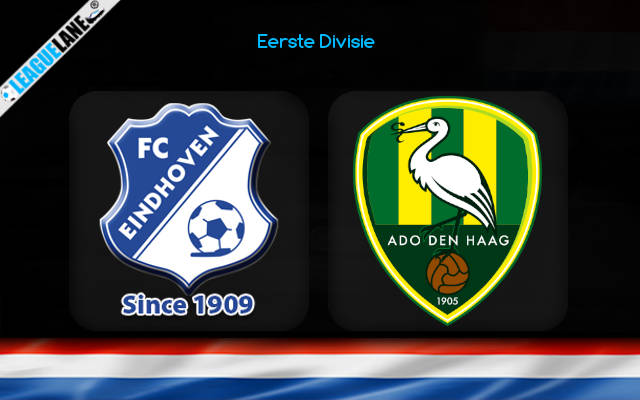 FC Eindhoven is triumphing the league with their last 8 games ended clean sweeping all 3 points. They are also on a 11-game unbeaten run in the league and are in the zone for promotion to Eredivisie.

Den Haag lost the last league game which marked their second consecutive league loss as of recent. They were reduced 6 points due to Financial problems but are still in the zone for attaining a promotion to the top tier league.

With 8 points and 2 places apart, the Storks will travel to Jan Louwers Stadion this Monday for the 27th Round of Eerste Divisie.

ADO Den Haag is at the 7th spot on the standing with 48 points from 27 games. They won 17 times in the league while drawing thrice and losing on 7 other occasions. They scored 59 in total while conceding a sum of 40 which shows some room for improvement in defense is needed.

The Storks were demolished by 3-6 previously in the hands of Jong Ajax. They had bottled up 25 times in the prior 6 games making it an average of 4.17 goals on each meeting. Opposing teams have managed to get 16 of those goals.

On the other side, the Blue-Whites resides at the 4th position on the table with 56 points. Of the 29 matches played, they won on 17 games while drawing on 5 and losing on 7 other occasions.

FC Eindhoven registered their 8th consecutive league win over Venlo by 4-0. Over their past half dozen clashes alone, the sum total of 20 goals have flown in for both teams combined with 16 of those belonging to the hosts.

Ahead of this meeting, FC Eindhoven are undefeated in their previous 8 home league matches. Even though Den Haag holds the catbird seat in the past h2h stats, the current form of hosts remain exceptional. Hence, we feel that the Blue-Whites will gain their much awaited win after 21 years.