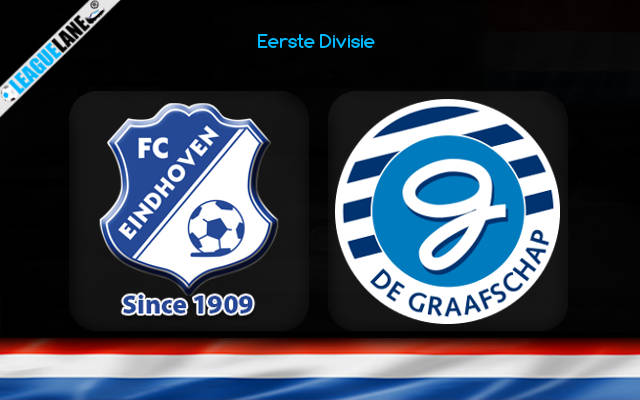 Game week 32 of Eerste Divisie brings us the match between Eindhoven and De Graafschap on Friday at Eindhoven.

Eindhoven has played well in their matches throughout the season and is recognised as one of the top contender of Eerste Divisie. The team is unbeaten in their last thirteen matches in which they have achieved wins in eight of them. The team stays fourth on the league table with 58 points from their matches so far.

Eindhoven played their last match against Jong Ajax. Both teams scored two goals each, ending the match in a draw.

De Graafschap is in a bit of trouble with their form in the recent matches. They have not found a win in the last six matches and have lost consecutively in the last three. Graafschap moved down the table and is now in the 9th position. They have earned 47 points from their matches.

De Graafschap played their last match against MVV. MVV scored three goals in the match while De Graafschap could net only once, ending the match in a loss for them.

De Graafschap and Eindhoven have performed well in their matches this season. However, in the recent matches, De Graafschap has had a trouble with their form. They have lost consecutively in the last three matches. De Graafschap, on the other hand, is on top form and is unbeaten in the last thirteen matches.

Eindhoven has the added advantage of playing in their home ground. They are unbeaten in the last nine matches and have scored in all the matches as well. De Graafschap’s away matches have produced some good results. Their trouble in the form can be seen in their recent away matches. They have failed to score in the last two matches, which resulted in losses as well.

With their current form, Eindhoven has the better chance to seal the win in the matches. Eindhoven’s defences were penetrated in their matches. So, match is likely to end with over 2.5 goals, with both teams contributing to the scoreboard.