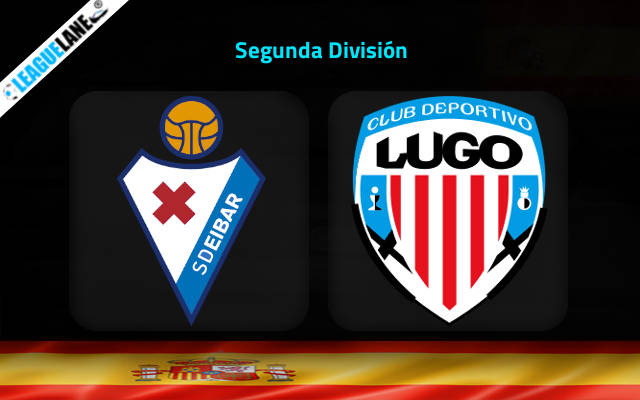 Game week 33 of Segunda Division brings us the match between Eibar and Lugo on Saturday at Eibar.

Eibar has played well in their match this season and has lost in their matches only occasionally. Their strong form has made them one of the strongest contenders of LaLiga2. From the last ten matches, they have scored in nine and have found wins in six. Their strong performance has placed them in the first position on the table, but they are only one point away from Almeria.

Eibar’s last match against Ponferradina has ended with a draw. Both teams scored two goals each, recording a 2-2 FT score.

Lugo is unbeaten in the last four matches. They have only lost one of their matches since mid-November. However, most of the matches ended in draws for them. Lugo has got more draws than both their wins and losses combined.

Lugo played against Real Oviedo in their last match. Lugo’s hopes for a win in the matches ended with the last-minute goal from Oviedo. The match ended with 1-1 FT score.

Eibar has been on top form throughout the season. They have only one win to show from the last ten matches and have scored in almost all the matches. Even though Lugo has lost in only one of their matches since December, most of them have ended in draws.

Eibar has the added advantage of playing in their home ground, where they have not lost in their last fourteen matches. Lugo, on the other hand, has not found a win in the last eight road trips but has got seven draws.

Looking at the performances, the match is more likely to end in a win for Eibar or in a draw. Eibar’s matches show the team has got a tendency to score in the second half of the match. So, we can expect them to do so in this match as well.