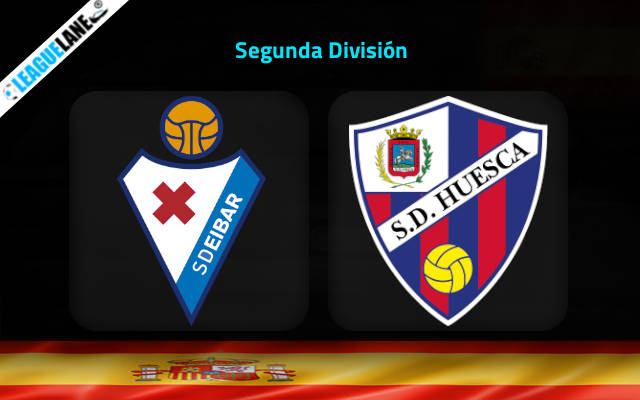 Eibar have been impressively consistent lately, and are slowly going after a top-most spot. Meanwhile, Huesca are dropping points in almost every other match-up, and particularly on the road they have been a mess.

In fact, Huesca have a single win to their name away from home. And disregarding just three draws, they have a 100% losing record on the road.

They have been one of the weakest teams in away fixtures in the whole competition, particularly in terms of their offense. In fact, all through the competition, they were able to find the back of the net just four times in road matches.

Meanwhile, not only are Eibar one of the best teams based on overall performances – but they are also a heavyweight when home games are taken into account. In fact, they are yet to lose a game in front of their home crowd, and only a handful of teams managed to score more than them in such match-ups.

Moreover, they are a team with great experience. Just a few seasons before, they were a part of the Spanish top flight, locking horns with some of the best teams in the world.

In addition, they also have a great h2h record against this rival over the years, and all of these point towards a win for Eibar this weekend.

Eibar lost just twice since September, and only four times since May. Particularly at home they have been on a good run, and here they managed to score in plenty.

On the other hand, Huesca are on a series of poor results. In fact, they have just two wins to their name in the past two months, and they are also on a losing streak on the road.

Furthermore, they have a superb h2h record against this for over the years too.

By the looks of things, anticipate a win for hosts Eibar this Sunday.

Tips for Eibar vs Huesca