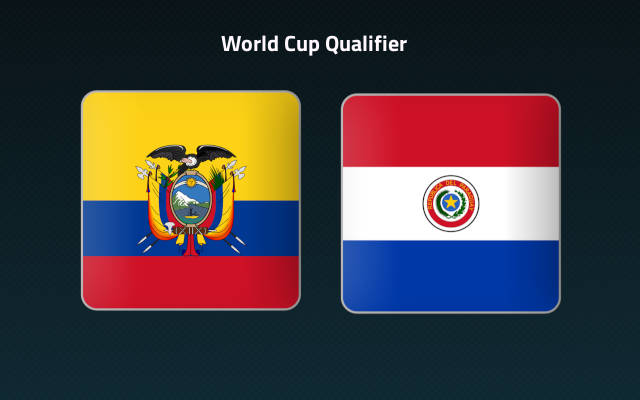 Ecuador will host a Paraguay side that has been highly impressive in the recently concluded Copa America tournament as we expect a win for the away side in this fixture.

Ecuador come in this fixture as they sit in 3rd with 9 points on board after playing 6 qualifier games as the Ecuadorians are 3 points adrift of Argentina who sit in 2nd place of the South American qualifiers table as the home side will be looking to continue their progress further up the table.

Consequently, the home side also come on the ack of the Copa America tournament in which they secured a place in the quarter-finals where they eventually lost against Argentina 3-0 in a game that saw Piero Hincapie get a red card in the 92nd minute.

On the other hand, Paraguay have had an outstanding Copa America tournament by their standards as they reached the quarter-finals of the tournament in which they crashed out to Peru on Penalties after an enthralling game which saw a lot of sparks in a 3-3 draw at full time.

Paraguay have been playing impressive football under their coach and they will be looking forward to translate their recent Copa America form into this fixture on Thursday night.

The away side currently sit in 6th position in the table with just 7 points on board after 6 qualifying games played and they will be in extreme need for points to help themselves climb up the ladder.

Ecuador will be aiming to get a win and they will approach this game with much higher intensity as they look to gain maximum advantage by playing at home. On the other hand, Paraguay will also come out all guns blazing as they are in need for points as well.

Hence, we see that both teams are going to get on the scoresheet in this fixture.

Consequently, we see that the away side have a lot of quality and skill within their ranks to upset Ecuador as we put our stakes on a win for Paraguay our second tip for this game is a full time result on Paraguay where the odds are stacked at 4.50.