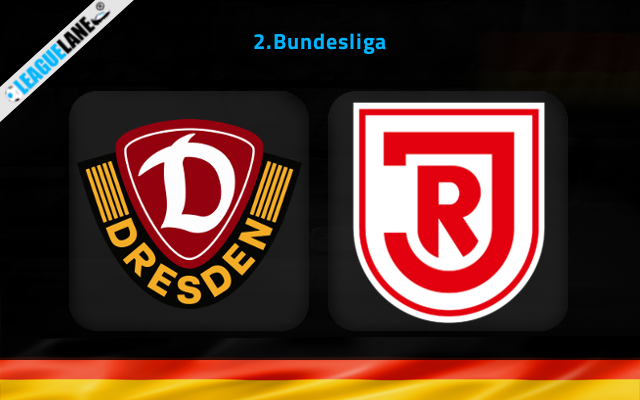 Dynamo Dresden are having an unimpressive run so far this season. Its on rare occasion that they have recorded a positive display. As a result, they are pushed down to occupy the third spot from the bottom. Their offensive and defensive line-up is as disappointing as their overall form this campaign.

Dresden recorded a 2-2 draw on road against Dusseldorf in their most recent league fixture. With that draw, they are currently following a thread of 14 subsequent winless games in the league. They will be having lowest of spirits on the back of such a set of recordings.

Meanwhile, Regensburg have been going through an inconsistent form in the league of late. Their recent recordings doesn’t look so impressive. They are currently at the 10th spot of the table with a total of 39 points.

Regensburg recorded a 2-4 defeat at home against Hamburg in their most recent league fixture. The above defeat ended up their complete hope of acquiring a safe zone spot.

Dresden’s overall winless form has resulted in their recordings at home too. They are winless in each of their past 7 league fixtures at home. Four of those 7 winless fixtures ended up as a draw.

On the other side, Regensburg are also on the back of six subsequent winless games on road. Their recent slump is a worrying dip and have been leaking goals in a good rate too.

When considering the home advantage and an impressive head to head form against Regensburg, we back Dynamo Dresden to seal a win from this fixture despite of their position.